It is that time of the year again when Activision Blizzard (ATVI) gets ready to push out their next Call of Duty installment. Developer Sledgehammer Games is up next with Call of Duty: Vanguard, a WWII first-person shooter, scheduled for worldwide release on November 5th.

Past history indicates that with annual title releases (Call of Duty, FIFA, Madden), there is a bit of late-season fatigue as gamers have grown tired of the current game and now have their eyes set on the upcoming release. Along with fatigue, there is also a decline in engagement and monetization.

As it relates to engagement, Cowen analyst Doug Creutz was out with a note on August 22nd highlighting that Call of Duty: Black Ops Cold War’s Season 5 began last week. Average Twitch viewership for the first seven days of the new season was 103K, counting viewers across the Warzone, Modern Warfare, and Black Ops Cold War sub-brand categories. This is down 32% vs. the first week of Black Ops Cold War Season 4, and down 52% vs. the first week of Season 3, which had the highest Twitch viewership of any CoD season launch. Season 5 launch viewership is the second lowest of any Warzone season, slightly above Modern Warfare’s Season 3 (which was the first season following the Warzone launch and which took place in the early days of pandemic-related lockdowns). 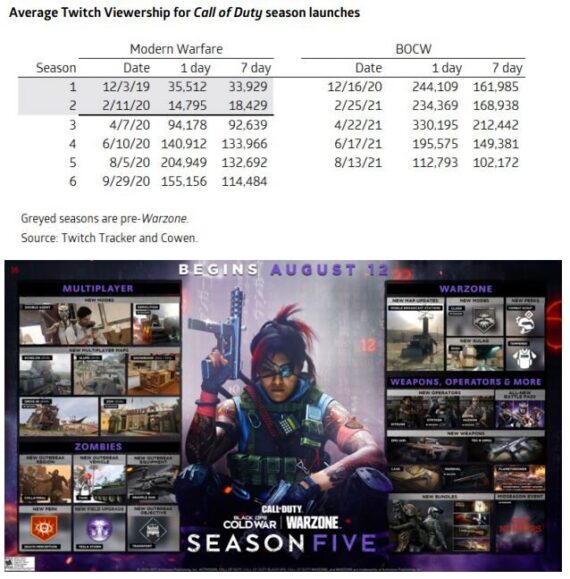 While Twitch viewership is certainly not a perfect proxy for underlying game engagement and monetization, Cowen has seen in the past that in most cases it is pretty highly correlated. “While we wouldn’t hazard a definitive estimate of how much CoD monetization has slowed down since Q2, we do think it has slowed down materially (double digit %).”

The main question now is: Will these recent engagement trends carry over to Vanguard?

While we will have to wait for initial demand metrics and of course until the full game releases, there are some other headwinds to consider:

Cheating – Over the past couple of months, there have been several articles in the gaming press covering player dissatisfaction with the increasing prevalence of cheaters in Warzone. It should be noted, however, that the Vanguard reveal highlighted that a new anti-cheat system is coming to Warzone when the title launches. 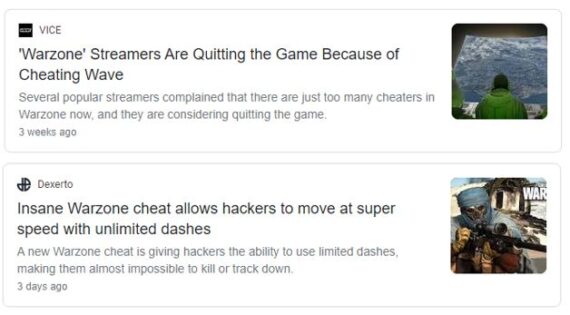 Lawsuits – Back on July 20th, California’s Department of Fair Employment and Housing filed a lawsuit against Activision Blizzard collecting “numerous complaints about unlawful harassment, discrimination, and retaliation” at the company. Employees the DFEH spoke to said Activision Blizzard has a “frat boy” culture that’s been a “breeding ground for harassment and discrimination against women.” In the wake of these revelations, there have been calls on social media to boycott the company’s games. Cowen said, “We tend to think this isn’t a major factor here – most of the community’s ire has been directed at Blizzard, not Activision publishing – but we don’t rule it out as a factor. Particularly given Activision’s somewhat curious decision not to include Activision branding in last week’s Vanguard reveal.”

Apex Legends – Finally, Electronic Arts’ (EA) 2019 entry into the F2P Battle Royale genre continues to see incremental strength, at least as measured by Twitch viewership. The most recent season, launched August 3rd, enjoyed record first week average viewership for any Apex season. Additionally, this is the first time that an Apex season launch had a higher average viewership than a temporally proximate CoD season launch. “Given the first two points above, Apex may be benefiting from player churn out of Warzone, but even absent those issues, Apex’s clear momentum and increasing popularity might have allowed it to take share.” 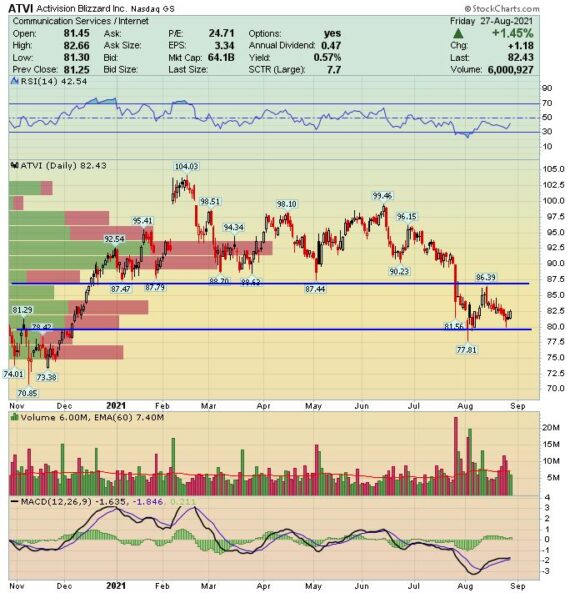