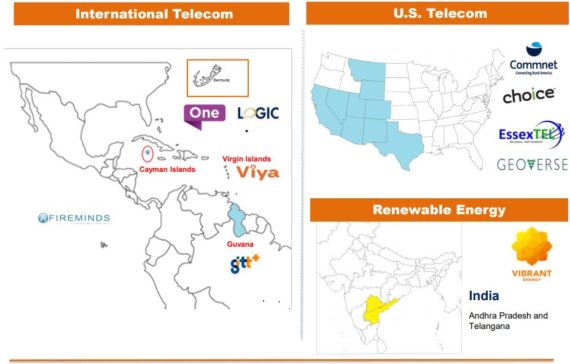 The company will be reporting its Q1 earnings after the close on Wednesday, April 29th. A conference call will follow the next day at 11:30AM ET.

Raymond James, in their downgrade note last week, said that even pre-COVID-19, the International wireless segment had been losing subs, albeit at a slower pace in 4Q19, as the company completed its network recovery efforts, but still needed to improve its customer acquisition and marketing efforts.

Here was an excerpt from CEO Michael Prior on the Q4 Call: “Where we’ve had less success is in growing mobile revenue and subscribers. For the quarter, we ended up with roughly 284,000 mobile subs, which is down from about 300,000 a year ago. And while this had a negligible impact on wireless revenue as – the losses were mostly in the low end of ARPU subs, we are determined to reverse that trend this year. In video subs, as with the many markets, continued to decline about 8% year-on-year, as did voice subscribers, though at a lower rate. Data subscribers, of course, were the key here and ended the quarter and the year just shy of 130,000, which represents an increase of roughly 8% year-on-year.”

Going back to Raymond James, they believe the COVID-19 crisis could put further pressure on the segment. “Specifically, the INTL Telecom segment is dependent on the U.S. Virgin Islands, Bermuda and other Caribbean markets, and given the significant step back in tourism, we expect a headwind to subscriber growth beginning in 2Q20 and throughout 2020.”

One area to keep an eye on is the company’s U.S. Telecom segment, an area that some analysts expect to be more resilient given the more recent nature of the revenues and stickiness due to:

According to FCC, the Connect America Fund Phase II is part of the commission’s reform and modernization of its universal service support programs. Back in 2018, the commission conducted an auction (Auction 903) to allocate Phase II support to certain eligible areas across the United States.

Raymond James noted that CAF-II revenues will continue to run through 2029 and provide high margin cash flows. And while the contract to build/operate remote parts of the FirstNet may slow in Q2 due to due to construction and permitting delays, they expect this to be a minimal and fleeting impact. “Additionally, we note there could be incremental upside to the contract given the importance of the First Responders in this crisis, but are not yet including anything additional in our model.” 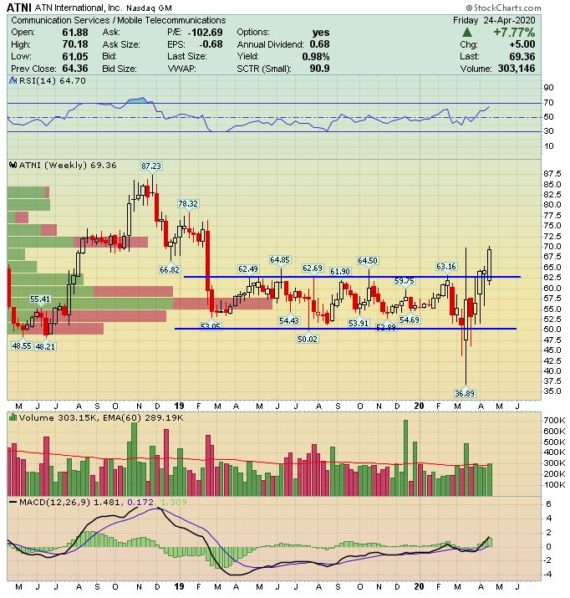