Behind The Numbers – Amphastar Pharmaceuticals (AMPH)

Back on January 30th, a bull case was presented in this specialty pharmaceutical company. The next day, we recommended buying the June 25 Calls. Jaguar clients, over the next couple of months, successfully rolled this position multiple times. Unfortunately, the music finally stopped as AMPH began to sell off alongside the overall market. Yesterday, after the close, the company reported its Q1 earnings which has resulted in a move higher by 5.5% today.

Overall, this was a solid quarter with plenty of upcoming catalysts to monitor. Before highlighting those, one of the topics discussed during the Q&A portion of the call that should be noted was when Raymond James analyst Elliot Wilbur asked management about its Primatine Mist trends.

Vice President Dan Dischner would respond by saying, “So we expect the trends to be very similar to last year where we had also a very strong first quarter and then it dropped off in the second and third quarter and peaked back again in the fourth quarter. And this is really driven by the first quarter of the year, there is a lot of the spring allergy season and buying to stock up on inventory at the retail level ahead of that. And in the fourth quarter, there’ll be some buying ahead of the cough and cold season from other people with allergies are hitting. So we do see the same trend as last year.”

Turning to regulatory catalysts, its safe to say that the remainder of 2022 has plenty of events to watch out for. Here is the rundown that management provided on the call:

-Their first inhalation ANDA AMP-008 filing has seen no legal challenge. Therefore, their submission remains on track for a fourth quarter GDUFA date. “Furthermore, I’m pleased to announce that the filing was recently granted priority review status, which will lend us further confidence in the direction of this filing.”

-They had previously stated that AMP-002 received a MINOR CRL to which was quickly responded to and now has a good GDUFA date in the third quarter of this year. They believe AMP-002 is on track for approval in the fourth quarter.

-For AMP-015 or Teriparatide, the product remains on track for a second quarter GDUFA date as this product is still on its first review cycle.

-They remain optimistic that momentum will continue as their recently approved Generic Ganirelix AMP-006 is plan to launch in the second quarter. 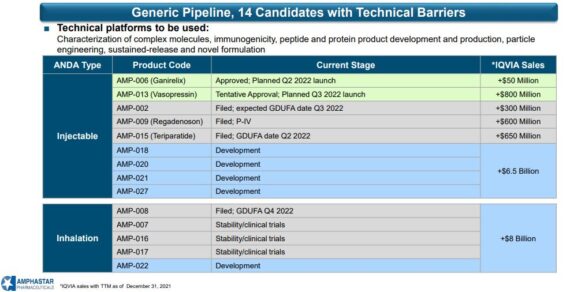 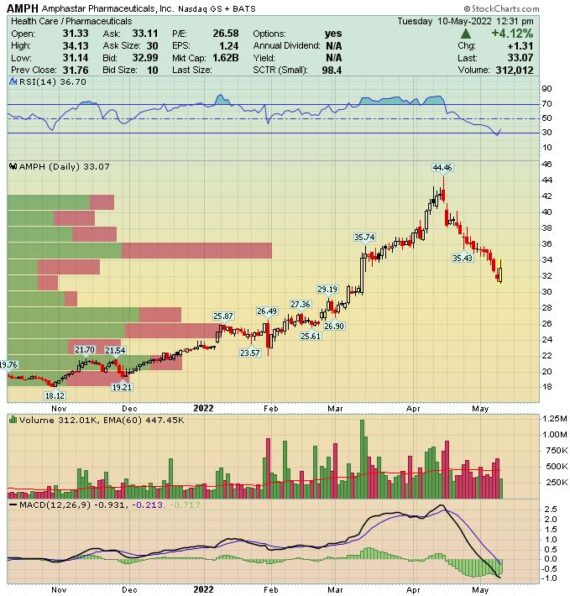