Many Jaguar clients know how highly we think of this company. You first have to go back to May 2018 when the original bull case was presented. At the time, the stock was trading at $20/share. Fast forward to this year when JaguarConsumer was launched, Boot Barn (BOOT) was the second video published. At the time of the recording, the stock was trading at $56/share. This past Sunday in JaguarConsumer, a new video was published previewing a couple footwear names, BOOT being one of them. After the close yesterday, the company reported another solid quarter and shares are being rewarded this morning, now up over $100/share.

Onto the official earnings results, the company said that total sales growth on a two year basis was 67% with retail stores up 69% and e-commerce up 57%. vs 2019. CEO Jim Conroy added, “The consistency of the business has been remarkable with 32 consecutive weeks of more than 55% growth in sales on a two year basis with every one of the 13 weeks in Q2, 60% or better.”

Merchandise margin during the quarter was very healthy, increasing 320 basis points over the same period two years ago, driven primarily by better full price selling and growth in exclusive brand penetration. The company said that all regions were extremely strong with the two year same-store sales growth in the West outperforming the rest of the chain. Texas, while still growing by double digits, was below the chain average. In terms of actual products, the company said it saw broad-based double-digit growth across almost all major merchandise categories, with particular strength in the growth of ladies western boots and apparel.

However, flame-resistant work apparel remained the only category that declined when compared to the same period two years ago. While FR is a small percentage of the business, it is indicative that sales in the oil markets have not yet returned to the levels they were at two years ago. This would also explain the performance in the state of Texas.

When recording the JaguarConsumer video on Sunday, I pointed out that Crocs (CROX) last week spoke positively on Vietnam factory issues and how they were reopened or starting to reopen. I then pointed out that per JPMorgan, BOOT’s exposure to the country was limited so this was essentially going to be a non-factor. On the conference call last night, management said that from a supply chain perspective, “We are encouraged that our merchants have been able to increase our inventories 34% compared to last year or 9% on a comparable store basis.”

Some other callouts from management include their strategic moves for their “Exclusive Brands.”

“Our exclusive brand performance continued it’s momentum from the first quarter, with growth of 750 basis points compared to the same period two years ago, amounting to 28.8% of net sales in the second quarter.”

Following a question from an analyst on launching/developing new products, CEO Jim Conroy replied, “Happy to provide a little bit of color. I think two different things have happened. One, we have more explicitly overlaid some new brands back to our customer segmentation. So we have a couple of brands that will come out that are going for more of this casual Western or we’re calling country customer. That’s the bigger change. The second change is, we have refined some of the tried and true brands; Cody James and Shyanne. And we’ve created another sort of Western ranch wear brand. And it would be difficult to walk everybody through telephonically what they look like. The next time we’re together with the benefit of visuals, we can kind of shine some light on this. But it’s exciting. We’ve got some new players backing exclusive brands, hopefully taking us to even a whole another level.” 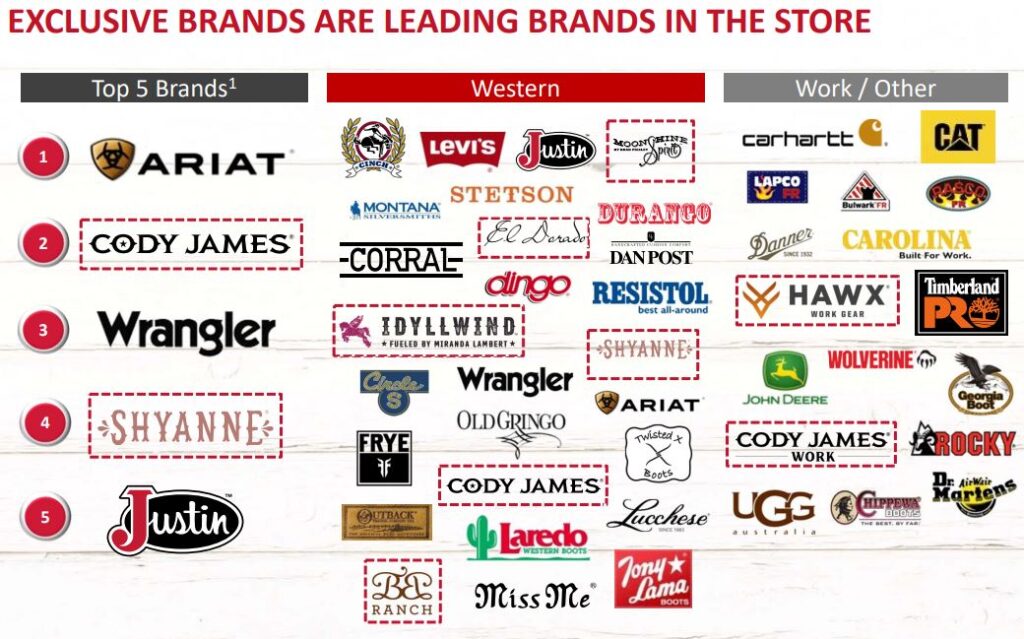 Finally, when asked about Rodeos/Live Events, management responded, “In terms of events, they’ve ramped up. I wouldn’t say they’re at on the 90% now. So we’re getting the “benefit” from that now. With that said, we still haven’t had some of the bigger events throughout the year in our numbers but for two years ago. So I’ll give you two of the bigger examples. The finals of the rodeo season in Las Vegas in December didn’t happen last year. I guess it did but it was much smaller and it was moved out of Vegas and it was just a much different deal. The second one, even bigger, is the rodeo season in Texas during February and March, essentially didn’t happen this year. There’s some exceptions to that. But the biggest one in Houston didn’t happen at all. The others were much more minimized. So as we look forward, I would say we have the benefit. And it might be a tailwind, of course, we might have some headwinds also but we’ll have some tailwind from new events from now through December which is the finals, through the first quarter which is Texas rodeo. And we’ve been into the spring where we had Stagecoach and some of the music festivals that didn’t happen this year. So we’re trying not to assign too great a value of that and get people too far ahead of their skis. But it’s — that’s all in the future for us.” 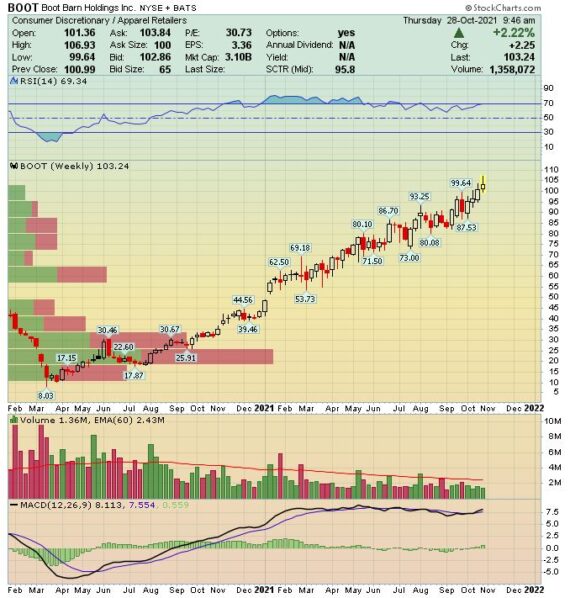