Behind The Numbers – DMC Global (BOOM)

NobelClad – Provides explosion-welded clad metal plates that are used in the construction of heavy, corrosion resistant pressure vessels and heat exchangers for oil and gas, alternative energy, chemical and petrochemical, and other industries. 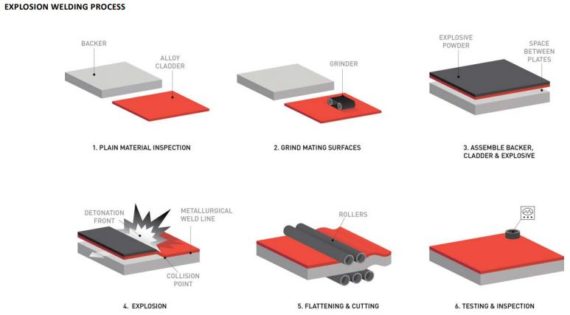 After the close yesterday, the company reported Q4 earnings and investors are being rewarded today, with the stock soaring nearly 30%. A quick look at the numbers show:

“Sales at NobelClad were above our forecast due to the accelerated production of clad plates for a chemical project in China. NobelClad has seen a pickup in repair and maintenance bookings during the first quarter and currently is betting on several large projects.”

Stifel analyst Stephen Gengaro issued a note last night saying DMC’s strong Q4 performance combined with its better-than-expected 2019 guidance supports their bullish outlook for the shares. They reiterate their belief that the company’s industry-leading perforating gun system will continue to gain market share and fuel robust earnings growth in 2019-20, and likely longer. They are raising their 2019 estimates and maintaining 2020 forecasts as well a $53 target price.

Roth Capital analyst Gerry Sweeney was out with a note this morning saying that BOOM again outperformed estimates as it continues to take market share. While competitors rush to bring pre-assembled guns to market, the true differentiator is the technology within BOOM’s DynaSelect detonator which drives safety, efficiency, reliability and thus share. Roth adds:

“DynaSelect technology is the driver of the competitive advantages. The detonator incorporates microchip technology into the design which requires a software code and electronic charge for ignition. Further, the detonator’s plug and play design eliminates wiring which competitors products require”

On the conference call, management would say the its DynaEnergetics segment recently announced an important addition to the DynaStage product family with the introduction of the Trinity system. “Trinity features three shaped charges aligned on a single plane, and at 8 inches in length it is 3.5 times shorter than conventional perforating guns, enabling greater perforating intensity and increased operating efficiency. The Trinity system performed exceptionally well in field trials and the first commercial shipments are scheduled for the end of the first quarter. The introduction of this extension to the DynaStage family further demonstrates DynaEnergetics’ commitment to developing industry-leading products.”

Stifel would say the design of the system may also increase the number of guns per stage customers can utilize, a positive for DMC Global. Meanwhile, Roth Capital said, “We believe this is likely a higher margin product for BOOM as it uses fewer components.” 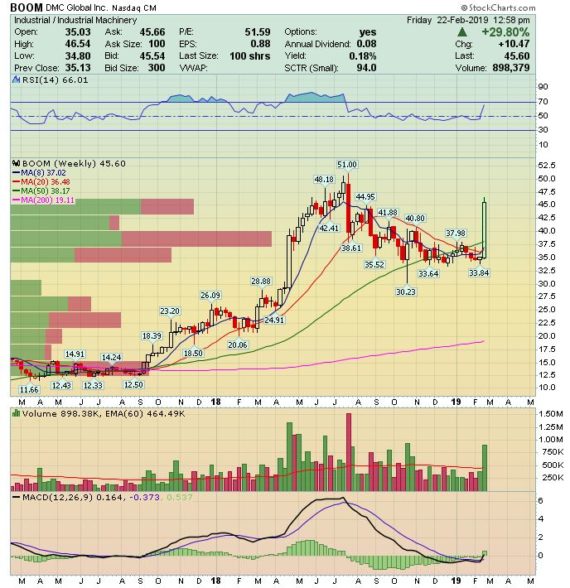