Behind The Numbers – Nuance Communications (NUAN) 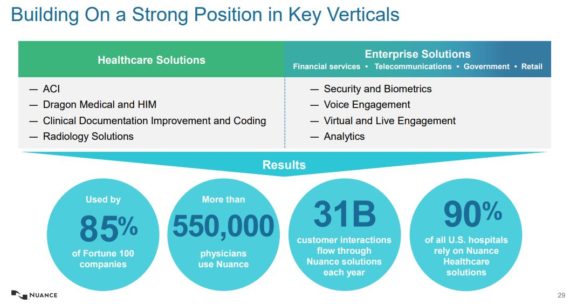 The company highlighted that its Dragon Medical Cloud Revenue grew 51% vs 39% in Q4. Management cited strong Q4 bookings reflecting continued penetration of the U.S. physician base plus some early traction in international. In addition, management noted solid traction for its cloud Radiology and cloud Clinical Documentation Excellence (CDE) solutions. As a result, management expressed confidence in its FY20 Healthcare ARR guidance of $375M – 400M implying Y/Y growth of +26% – 34% Y/Y.

Meanwhile, its Enterprise segment grew 7% vs (2%) in Q4. Strength in this segment was due in part to large license orders for Interactive Voice Response, Voice Biometrics and Security Analytics which landed earlier in the fiscal year than management had expected.

CEO Mark Benjamin, in his prepared remarks, would also touch on ACI, which is short for Ambient Clinical Intelligence, noting early adopter clients are already reporting significant improvements in physician satisfaction, patient throughput and time required for completion of their clinical documentation. “We are also excited about advancing the development of ACI and our strategic partnership with Microsoft. We expect that together we will transform the physician, patient experience by accelerating the delivery of our ACI solution. We are on track for a formal launch in fiscal Q2 as previously communicated and are already supporting five specialties with early adopters of the solution.”

Craig Hallum analyst Jeff Van Rhee, in his post-earnings note, was extremely bullish saying that the ACI commentary in the quarter was very encouraging, with reiteration that “there is unprecedented demand.” “Given the ASP of ~$10k/user/year (our est.), every ~1,500 doctors adopting the solution can drive ~1% of incremental top-line growth (we have zero revenue for the product in our model). In addition, it was noted that the MSFT partnership is off to a strong start, with the two tightly aligned and communicating regularly at the C-Level. This partnership appears to have more meat on it than we or the Street perceived. We maintain our Buy rating and $24 price target, and believe this is a key inflection point in the history of the company. With a very conservative guide for the core business, nothing included for ACI, and very strong capital allocation, we see substantial upside for the shares from here.”

On the conference call, management extended an invitation to those interested to join them at their booth at the HIMSS Global Health Conference in Orlando from March 9th – 13th. “Here you will see all of our featured products as well as the latest version of ACI.”

Finally, its worth noting that JaguarScan continues to show a 100% bullish bias in the name. Here are some of the notable trades still in open interest: 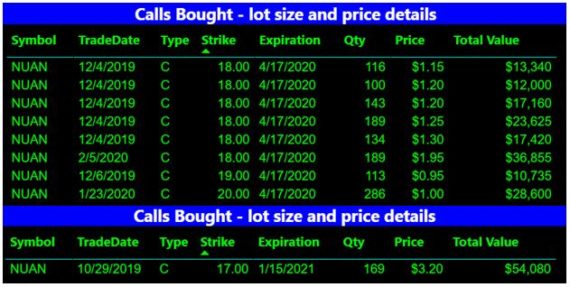 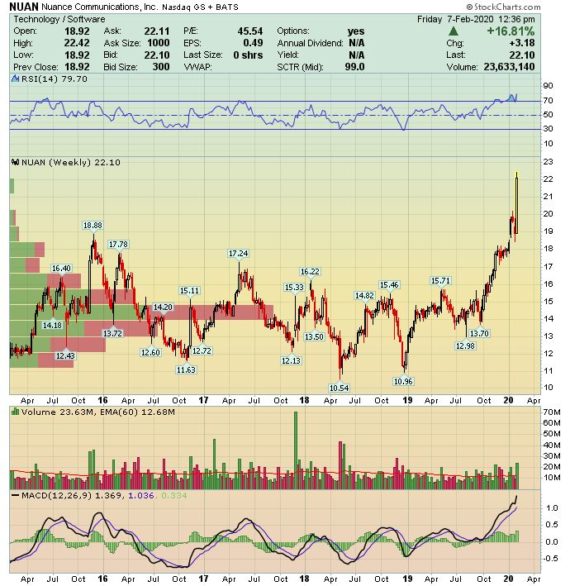