Behind The Numbers – Trupanion (TRUP)

CEO Darryl Rawlings, in his prepared remarks on the Q4 conference call, would state, “Our performance in 2020 is a testament to the consistency of our business model, the strength of our positioning in a large under-penetrated market and the power of the pet. In 2020, against a backdrop of shock and uncertainty, pets reminded us of the importance of unconditional love. From my Zoom screens to yours, pets were everywhere this past year, and not just new pets to the household. To put this in context, in a typical year with 180 million pets in North America, we’d expect 12 million pets to pass away and about 12 million new pets to be born. This year, we’ve seen the new pet population grow to approximately 13 million, about a 1 million increase.”

Now, let’s switch over to the company’s earnings highlights from Wednesday after the close:

Trupanion is also keeping pets longer than ever before, about 78 months in 2020 compared to 70 months in 2019. The combination of increasing adjusted operating income and improved retention resulted in an impressive 25% Y/Y increase in lifetime value of a pet.

Stifel analyst Jonathan Block, in his post-earnings note, highlighted that Q4 gross additions were the one standout in their opinion. Gross additions of ~47K were up +35% Y/Y and ahead of their 41.7KE. The two-year stacked gross addition growth was +46% (versus first nine months of +24%) and was likely aided by increasing pet adoptions in 2H20.

Also, in Q4, it completed a strategic acquisition of a software company (Aquarium Software) that was predominantly focused on improving their back-end processes and adding talent, but also had a small P&L impact. In total, other business revenue was $36.3M for the quarter, an increase of 92% Y/Y.

In the Q&A session, Lake Street analyst John Godin would ask about the customer experience in which CEO Darryl Rawlings would respond and say that the metric they are looking at is improved retention rates. Also, regarding Nirvana, this is when existing pets or existing members add pets of tell their friends, and if that can offset the amount of pets that are cancelling.

“During the year, we had more markets than ever, hit that benchmark, and we’ll talk more details about that at the upcoming shareholder meeting. But we are definitely investing more dollars in our customer experience. So it really breaks down into kind of 2 areas. One is either educating the client at the time or before they enroll or shortly after, and some of those funds show up in our pet acquisition cost. And the other area is about really trying to improve our customer experience from the speed of answering the phones to our 24/7 365 service. And we’re investing in areas such as technology, getting our software in more places, more automation. The recent software acquisition that Tricia mentioned are all areas that we’re investing. And we’re also adding the bodies and people around to make sure that we can continue to try to increase those service levels.”

Northland analyst Gregory Gibas would ask how the Aflac partnership is going. As a reminder, back in late-October, the companies entered into an exclusive alliance agreement to sell pet insurance in worksites across the U.S. Management would say that Aflac is now one of their largest shareholders with just under 10% ownership of the company. And they are looking at it from 2 markets. “Aflac has a long, long history in Japan, and we’re going to be exploring, bringing Trupanion into Japan, and that’s going to take us several years to do it. I can tell you, overall, there’s nothing in our guidance that implies any impact from Aflac in 2021.”

Co-President Margaret Tooth, who oversees North America, said they have 3 dispersed stages when we talk about a time line. The first one would be direct-to-consumer but they don’t expect that to have any impact this year. “So that would be just going straight on the aflac.com website. Beyond that, we then have 2 other markets. One of them would be leveraging the expertise and the power of Aflac as a partner from the relationships they have with the large-and medium-sized businesses through their technology and their broker infrastructure.”

“So working at launching something in 2022. It will be initially a soft launch and soft rollout to see kind of how does that work? What do we see from that? So maybe if we’re successful and we execute well, we’ll see some small benefit from and then in 2023, the third part of that claw is looking at how do we go after the small businesses. They’re working with the 20,000 strong Aflac army of agents, who worked specifically with the small businesses across the American market, which we wouldn’t be doing until 2023. So we have a very tiered release program.” 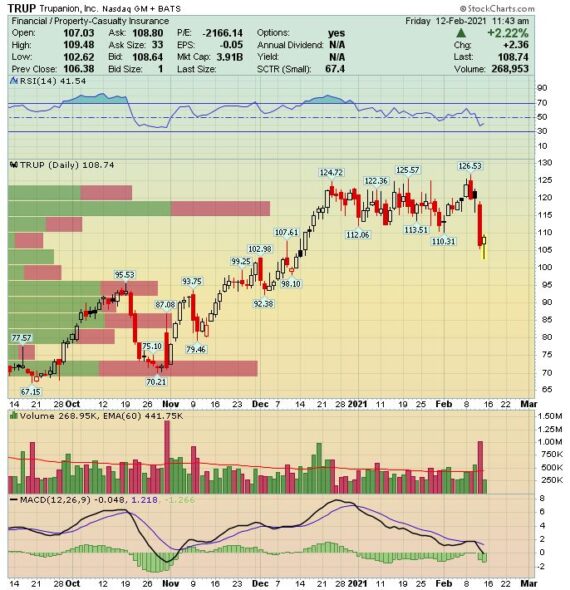