Throughout 2022, from W/E Research reports to Home Page write-ups to discussions in Conversations, the following three biotech stocks have been mentioned: Arcutis Biotherapeutics (ARQT), CTI Biopharma (CTIC), and Mirum Pharmaceuticals (MIRM). Here is their performance since they were first mentioned:

Over the last week, specific commentary has come out on each name, giving me another opportunity to reiterate the bull case in each one.

Back on July 29th, the company announced that it had received FDA approval for roflumilast for treatment of plaque psoriasis. Mizuho was out on August 19th with script checks. More specifically, IQVIA had reported scripts for roflumilast for the first time since its approval. According to IQVIA, the drug had 11 TRxs and 11 NRxs for the week ending August 12th. Analyst Uy Ear notes that the typical IQVIA week starts on Saturday and ends on Friday, and as such the first week of Zoryve (roflumilast) scripts reflects a partial week, since Arcutis announced the availability of Zoryve on the Wednesday (August 10th) of the same week. “We expect to see continued script growth in the upcoming IQVIA weeks as momentum for the sales force promotion of Zoryve builds up.” It should also be noted that when compared to the initial launch of Dermavant’s VTAMA, script trends are trending more favorably (3 TRxs/3 NRxs for VTAMA in its first week).

Lastly, just yesterday, Arcutis announced the enrollment of the last subject in its INTEGUMENT-2 pivotal Phase 3 trial of roﬂumilast cream 0.15% in adults and children with atopic dermatitis. Topline data is expected by the end of 2022. 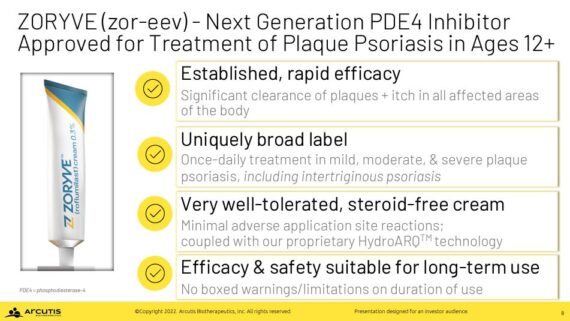 Stifel analyst Benjamin Burnett recently sat down with CTIC’s COO Bruce Seeley to discuss the company’s Vonjo drug and its ongoing launch in myelofibrosis. The labeled indication for Vonjo is for 1L and 2L patients with platelet values below 50,000/µL. Management is of course seeing adoption here, but they are also seeing some adoption in patients above this threshold. Stifel noted that this isn’t completely unexpected as the NCCN guidelines recommend Vonjo use above this threshold after progressing through a 1L JAK inhibitor.

“Valuation vs TAM expectations are a common discussion point, and assuming little adoption in the 50,000-100,000 platelets/µL segment, we think expectations are generally for peak sales of ~ $350-500mm/year. If Vonjo truly is having an anemia impact (which we think should translate into a symptomatic benefit on fatigue), there may be upside to adoption expectations in the >50,000/ µL segment, and by extension, the TAM.”

Finally, later this year, management plans to present a more detailed analysis of Vonjo’s ACVR1 inhibitory effects. Anecdotally, in the meetings, management talked about physician feedback noting a benefit on fatigue. If there is indeed a fatigue benefit, Stifel speculates that even if/when momelotinib (developed by Sierra Oncology) becomes available, physicians would be less likely to switch patients away from Vonjo if they’re feeling better. So, at the very least, they think this could help CTIC maintain any share gains made within anemic patients prior to the rollout of momelotenib. “And possibly this may drive adoption in the >50,000 platelets/ µL segment beyond consensus expectations.”

During previous discussions on Mirum, the focal point has been on the company’s Livmarli drug, which treats patients with ALGS, or Alagille Syndrome. Last quarter, management announced that Livmarli sales came in at $17.5M, well ahead of sell side consensus at $15.4M as well as buyside expectations of $17M. While this is a drug you’ll need to keep tabs on, Raymond James was out on August 21st after hosting a Key Opinion Leader call on Intrahepatic Cholestasis of Pregnancy (ICP) to preview the company’s upcoming topline readout of its Phase 2 OHANA study, which is expected in the 1H of 2023.

According to analyst Steven Seedhouse, ICP is a promising lead indication for Mirum’s follow-up IBAT inhibitor, Volixibat, although parallel Phase 2b studies for PBC (Primary Biliary Cholangitis) and PSC (Primary Sclerosing Cholangitis) are also in progress.

PBC and PSC are familiar to the Street, whereas ICP may be overlooked but seems particularly attractive for Mirum given: 1) Relatively high incidence of ICP for an orphan disease (~1% of pregnancies in the U.S., even higher in other geographies such as Latin America), 2) Volixibat’s minimal absorption (key for a prenatal therapeutic), and 3) High unmet need (ICP associated with intense maternal pruritus, stillbirth, and spontaneous preterm birth; virtually no other ICP drug candidates in late-stage trials). “In our view, the efficacy bar is relatively low in ICP given off-label SoC, UDCA (ursodiol), only provides partial relief of pruritus and does not reduce serum bile acids or risk of perinatal adverse outcomes. It is clear from our initial KOL discussions that a minimally-absorbed therapeutic agent such as volixbat, which reduces the amount of bile acid in enterohepatic circulation, is ideal to address the high unmet need for patients with ICP.” 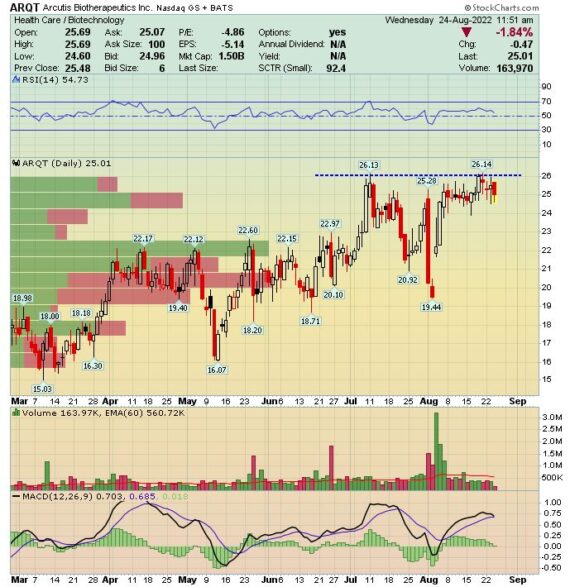 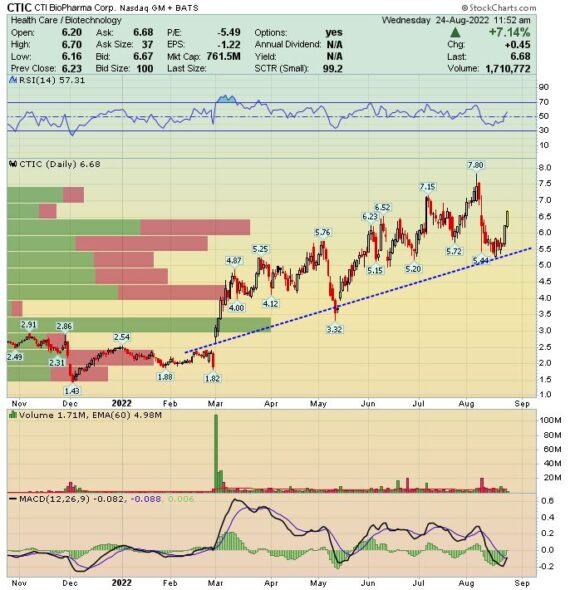 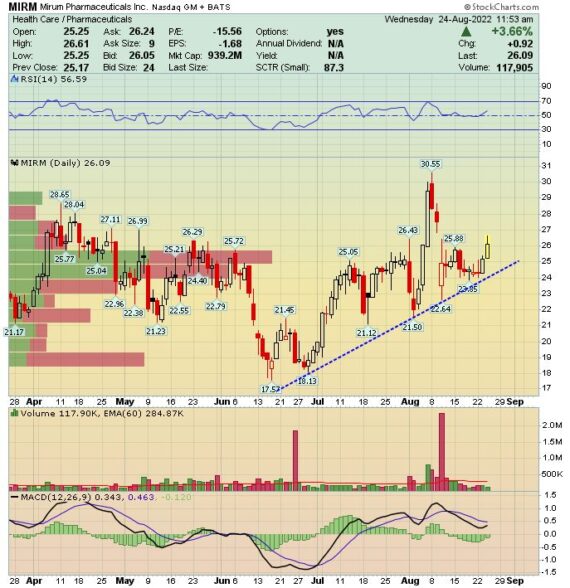