From October 26th – October 30th, the Ft. Lauderdale International Boat Show took place, marking one of the biggest and most important boat shows of the year and the unofficial kickoff for the 2022 season. On November 1st, BMO Capital analyst Gerrick Johnson would issue a note detailing his takeaways. His main points include:

–Dealers were quickly selling whatever units they had available, even bringing brokerage boats to fill product line gaps. Many dealers were selling production slots with deliveries anywhere from January to late Summer, even 2023 and beyond for some of the more popular, larger models. Barring any economic catastrophe, BMO thinks boat companies have a long channel fill runway ahead of them.

–Demand has shown no signs of cooling, especially at this show, which caters mainly to higher-end saltwater boaters in South Florida. The on-water portion of the show, where the larger craft, generally 30 feet and above, are shown, saw strong traffic from the start, with weekday attendance looking more like the weekend.

–Pricing was strong, with few, if any, boat show discounts advertised. In past years they’ve seen ~80% of all boats with some sort of show discount, usually in the -20% off range. This year, less than 25% of boats displayed showed some sort of discount, with the average discount being under -15%.

-Dealers have been passing through multiple manufacturer price increases, with more to come. Boat buyers have not been scared off by increasing prices and dealers comment that, instead, rising prices are creating more of a sense of urgency to purchase a boat before it becomes more expensive. And as more production slots are pre-sold, buyers are also eager to get in queue fearing a longer wait before they accept delivery of their desired boat. Just about all dealers we spoke with acknowledged a pandemic-induced surge of first-time buyers over the last 18 months. When they asked if these new buyers were leaving the lifestyle, they did not find a single dealer in agreement. In fact, the most popular answer was, “No. But some are already upgrading.”

From a stock standpoint, a number of companies were at the show and had a positive showing:

Brunswick (BC) – According to the report, traffic was robust at the company’s Boston Whaler and Sea Ray slips, both at the on-water boat show, and dealers reported strong sales. The company’s Bayliner brand was displayed at the convention center. It, too, saw good consumer traffic.

Mercury had a strong showing, being displayed as an outboard option in 56% of the boat displays, up from 51% in 2019 and 48% in 2018. “This was the second-highest share we have seen for Mercury at any boat show, behind only 2020’s Miami Show (60%).” Suzuki continued its own trend of capturing share, being displayed in 16% of booths, up from 13% in both 2019 and 2018. While Mercury was shown in more booths, they think that of total units sold at the show, Mercury still trails Yamaha. Yamaha still has an exclusive stranglehold on many of the top saltwater brands like Grady-White, Robalo, Chaparral, Contender, Cobia, Edgewater, Everglades, Nautic Star, Regulator, and Parker. So, while Mercury has gained significant share in the high horsepower range over the past five years, there is still a lot more to be gained.

Malibu Boats (MBUU) – The company was represented at the show by its higher-end saltwater fishing brands (Pursuit, Cobia) as well as its upscale Cobalt recreational runabouts. Pursuit displayed 11 saltwater fishing boats, none of which displayed any type of pricing. Cobia displayed six boats at the on-water show, each with pricing, though no boat show discounts. Cobalt had six boats at the convention center, four outboards (R8, 30SC, R6, R4) and two sterndrives (R8, A36), and was one of the few boat brands at the event showing any sort of discounts off MSRP, averaging -13%. “The dealer representing Cobalt at the show claimed to have a good inventory of available models. Three of the six units brought to the show were sold by Friday.”

MasterCraft Boat Holdings (MCFT) – The company’s presence at the show “was the strongest we have ever seen.” Its high-end Aviara pleasurecraft was displayed in the on-water section. “Aviara had the biggest presence we’ve ever seen at any boat show, with good foot traffic whenever we passed by.”

Nautic Star’s presence, too, was expanded at the show, with a nice display of seven boats inside the convention center, two of which were new models (24 Legacy, 24 XS). In years’ past Nautic Star seemed like an afterthought, having just two or three boats in one of the merchandise tents outside of the convention center. 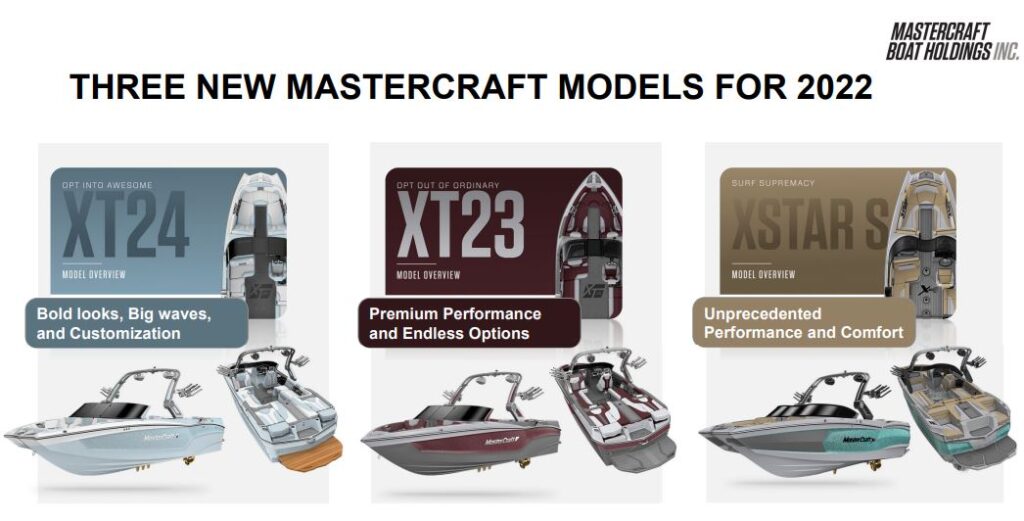 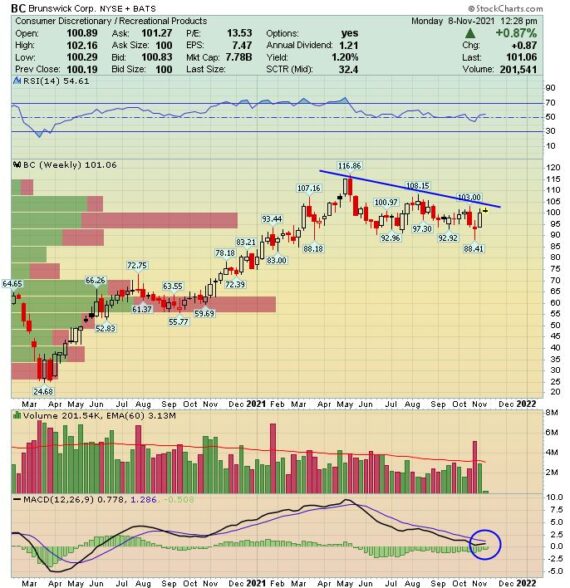 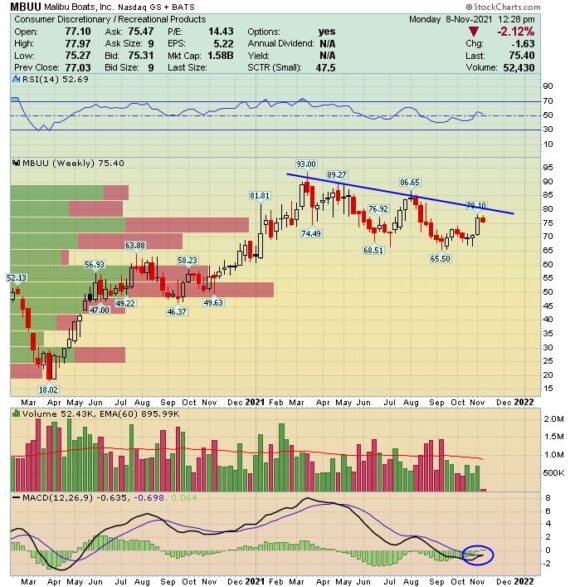