Small town niche – CASY focuses on smaller communities that have limited, or no access to supermarkets and grocery stores.  57% of its stores are in locations with less than 5,000 people, and management states that they can operate profitably in a community close to a busy highway with a population of as few as 400.

Competition – Casey’s has outperformed both Murphy USA (MUSA) and CST Brands (CST) in same-store Gas Gallons growth over the past four quarters, and has under-performed only once over the same period in Fuel Margin category.

In same-store merchandise growth and profit margins, CASY has been the clear leader of the three. 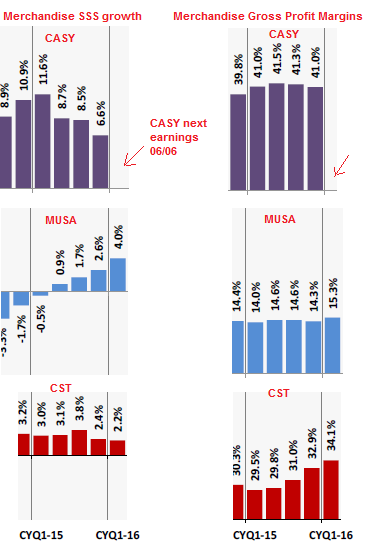 2016 Plans – During 2016, CASY plans to build or acquire 75 to 113 stores, replace 10 existing locations and remodel 100. A new distribution center was opened in February 2016. Located on the Eastern fringes of their operating zone in Terre Haute Indiana, it will reduce delivery times and costs. It is also ideally located for a possible expansion further East and South.

Bottom Line – Lower gasoline prices have benefited CASY as consumers are not only driving more, they are also left with more money in their wallets after filling up their gas tanks. Fuel margins are typically much lower than in-store items like snacks and drinks, and with gasoline prices forecast to remain near present levels into the summer, it should bring continued spending on higher margin merchandise. 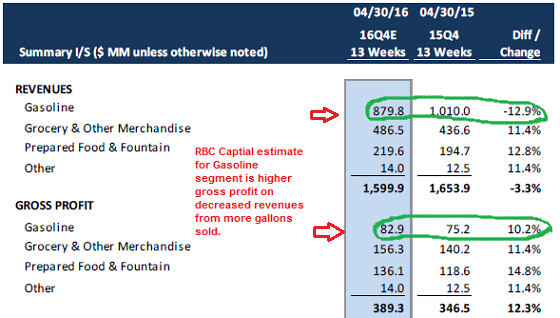 CASY is set to report earnings after hours June 6th. The data is pointing towards a good quarter. 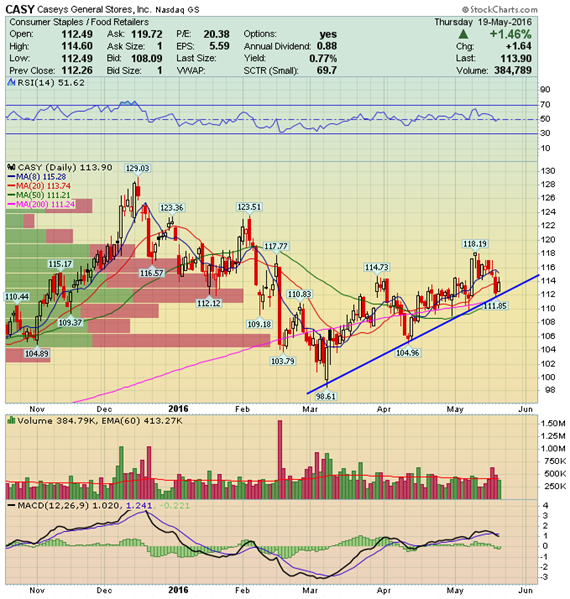