Biotech company BioSpecifics Technologies develops collagenase-based based therapies in the United States and internationally. It has developed a first-in-class collagenase-based product “Collagenase Clostridium Histolyticum (CCH)” marketed in the U.S. as XIAFLEX®. XIAFLEX® is marketed in the US by their partner Endo Pharmaceuticals for the treatment of Dupuytren’s contracture and Peyronie’s disease. 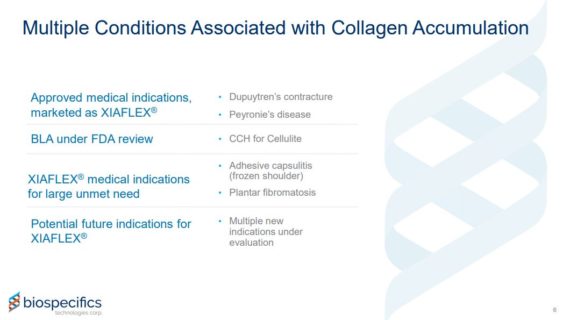 Last month, BioSpecifics first announced the appointment of Joseph Truitt as its CEO (Was appointed interim CEO by the Board of Directors on April 6, 2020). Prior to joining BioSpecifics, Mr. Truitt was most recently CEO of Achillion Pharmaceuticals. Under his leadership, Achillion was acquired by Alexion Pharmaceuticals (ALXN) for $1.2B.

Soon thereafter, the company would report its Q1 results in which total revenue came in at $9.7M vs $8.1M Y/Y, Meanwhile, royalty revenue was $9.7M, representing 19% Y/Y growth and beating analyst projections of $9.2M. The royalty was associated with $89.1M in sales of XIAFLEX in Q1 as reported by Endo International, which reflects 30% Y/Y growth.

Management did say they expect to see adverse impact from COVID-19 on revenue in Q2 due to physician office closures and fewer office visits for physician-administered products. Endo had also withdrawn its 2020 financial guidance and expects XIAFLEX revenue in 2020 to be lower than revenue in 2019. However, the next near-term catalyst is just over 3 weeks away — the potential regulatory approval of CCH to treat cellulite.

In a May 12th note, H.C. Wainwright analyst Raghuram Selvaraju would comment, “The FDA has accepted for review the Biologics License Application (BLA) for collagenase clostridium histolyticum (CCH) for the treatment of cellulite in the buttocks, and set the Prescription Drug User Fee Act (PDUFA) date on July 6, 2020. Of note, this BLA is an original filing instead of a supplement to expand the label of XIAFLEX, which has been approved and marketed to treat Dupuytren’s contracture (DC) and Peyronie’s disease (PD) in 2010 and 2013, respectively. We note that the medical aesthetic market is an all-cash market and that Endo management has indicated that CCH as the first injectable treatment for cellulite is likely to be priced in a way that allows for wide-scale adoption by consumers as well as physicians. This suggests that CCH for cellulite could have a lower price than XIAFLEX for DC and PD for maximum market penetration, in our view. Assuming that CCH receives marketing clearance in July, Endo has indicated that it would delay the commercial launch to 1Q21 due to the impact of COVID-19 on medical anesthetic physician office closures and decreased consumer spending.”

Finally, Endo had announced that it expects to initiate clinical studies of CCH in two new indications, adhesive capsulitis and plantar fibromatosis, in the second half of this year. Adhesive capsulitis, also known as frozen shoulder, is an inflammation and thickening of the shoulder capsule due to collagen which causes decreased motion in the shoulder. Plantar fibromatosis is a non-malignant thickening of the feet’s deep connective tissue or fascia. Per H.C. Wainwright, there are currently no FDA-approved pharmacotherapies to treat either condition. “Positive clinical results could lead to label expansions for XIAFLEX and increase the potential royalty base for BioSpecifics, in our view.” 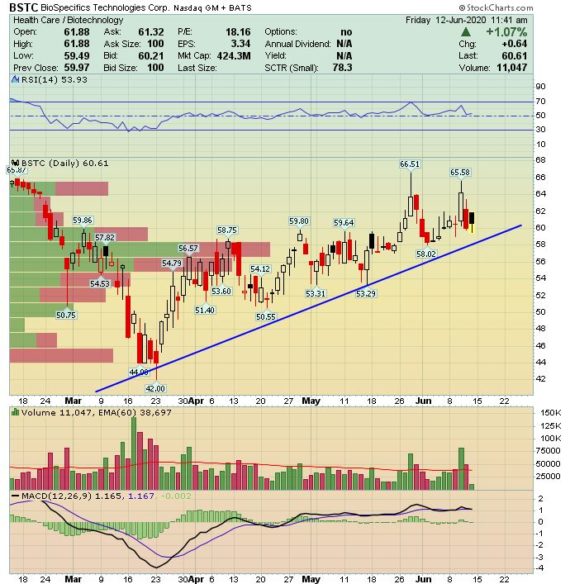