Rhythm Pharmaceuticals (RYTM) is a biopharmaceutical company aimed at developing and commercializing therapies for the treatment of rare genetic disorders of obesity. Rhythm’s initial product is setmelanotide, an investigational drug that has demonstrated potential to dramatically reduce weight and hunger. 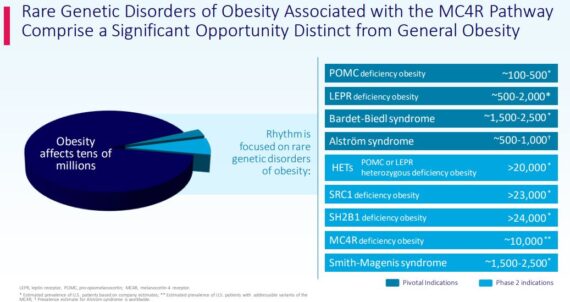 Stifel analyst Derek Archila, on August 3rd, said that while the company’s recent earnings report did not contain anything extraordinary, its results from setmelanotide’s Phase 3 study in Bardet-Biedl Syndrome (BBS) and Alstrom Syndrome (AS) remain on track for a readout in Q4 or early Q1 2021. Setmelanotide’s opportunity in these diseases is the main value driver of Stifel’s model (~$13/share) as BBS is not only the largest indication (~5,000 patients globally), but is also easier to diagnose as it is a syndromic obesity vs. setmelanotide’s first indications POMC and LEPR. “Accordingly, we view the Phase 3 data as a major catalyst for shares. We are positively biased ahead of the results based on setmelanotide’s positive Phase 2 data in BBS and AS and model a 75% POS.”

Looking back at the Phase 2 data, Canaccord Genuity believes that the data will bode well for Phase 3. 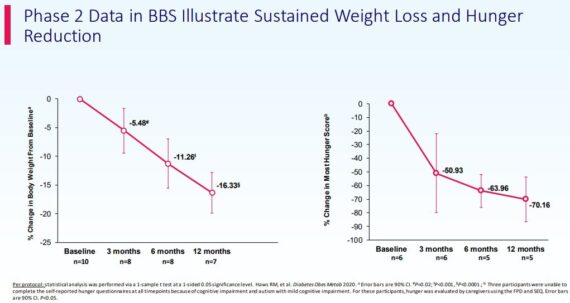 Earlier this week, Canaccord Genuity had the opportunity to host new Rhythm CEO David Meeker, who assumed the position in July. Before joining the industry, Dr. Meeker was a practicing physician. In his remarks he noted that the insatiable hunger experienced by young patients with rare causes of genetic obesity could be characterized as “pain” and put a different light on a significant Quality of Life issue for patients and caregivers. Dr. Meeker identified several addressable patient populations with genetic mutations other than the ~20K heterogeneous POMC and LEPR patients, bringing the potential addressable population to 80K. These patients will be included in the Phase 2 setmelanotide basket study. The following upcoming milestones for 2020 and 2021 were also reiterated: 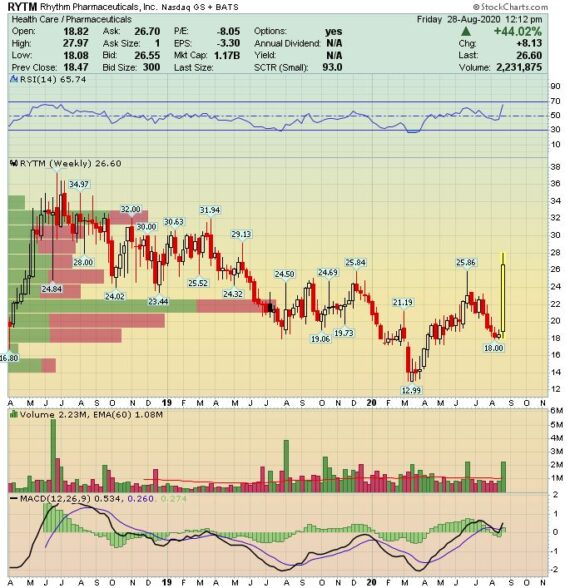