Chicken Soup for the Soul Entertainment (CSSE) is a $208M operator of streaming video-on-demand networks. As a quick background, back in March 2019, Sony Pictures announced that it sold a majority stake in its online video business to CSSE. Together, the two companies would go on to operate a new joint venture, Crackle Plus. Crackle features many films and TV shows, some of them on an exclusive basis, mainly from Sony Pictures, and its subsidiaries, including Columbia Pictures, TriStar Pictures, Sony Pictures Classics, and Funimation. Crackle also features original content such as “On the Ropes,” “Hidden Heroes,” “The Oath,” and “Spides.” CSSE, meanwhile, has other brands such as Popcornflix (AVOD), Truli (faith-based content), and Pivotshare (SVOD). 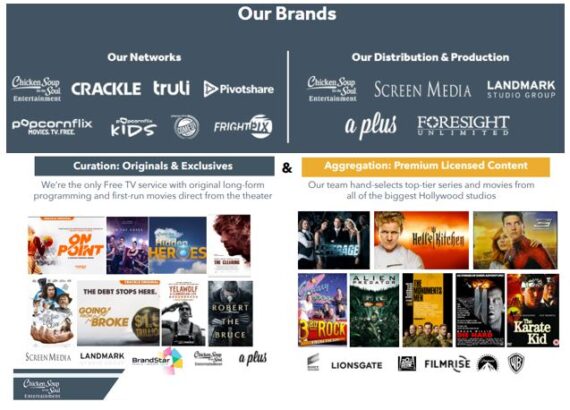 Before jumping into the company’s Q3 results, investors need to be aware of the next catalyst for the stock. As Northland Capital analyst Mike Grondahl stated in a recent note, “CSSE announced today a 30-day extension of a key deadline related to Sony Pictures Television’s crackle Plus ownership option. This is significant as CSSE looks to expand its relationship with Sony moving forward. Expect to see an announcement regarding this on, or before December 14 that outlines additional collaboration with Sony.”

Starting with Distribution and Production, revenue for this segment came in at $13.3M, up from $8.5M sequentially and from $2.7M Y/Y. This part of the business was driven by the #1 TVOD hit “The Outpost” accompanied by a growing library of film and television content. Turning to Online Networks, the company reported gross revenue of approximately $8M, up 22% Q/Q. When comparing this year with last year, their performance in Q3 2019 included approximately $6.2M in low margin revenue from the Playstation Vue, which is no longer in operation. “So when you factor out the PSU contribution, our online networks business is up slightly on a year-over-year basis and growing and has a stronger margin profile.”

Turning to viewership trends, they have remained steady during this pandemic. Management highlighted that in Q3, it generated more than 155 million video streams on Crackle and Popcornflix, slightly more than the 151 million in Q2. Meanwhile, original and exclusive content on their networks comprised over 16% of average monthly streaming hours in Q3, up from just 2% Y/Y.

The company’s latest original series, “Spides,” which premiered on Crackle on September 17th, drove over 1 million streams in the first two weeks. “This was our number one scripted series on Crackle and is on track to be the most successful scripted series in Crackle’s history. Spides is set in modern-day Berlin and stars Game of Thrones alumnus, Rosabell Laurenti Sellers.” This series follows the success of other Crackle Originals like “Going From Broke,” which has generated nearly 17 million views since its release in October 2019 and also “On Point,” which has generated over 15 million views since its release in February of 2020.

In his post earnings note, DA Davidson analyst Tom Forte highlighted that while management did not provide financial guidance for the December quarter, it did state that based on its October performance, monthly gross revenue in Crackle Plus increased 83% from the low point, and November and December are on track to be record months.

Reading over the earnings transcript, CEO William Rouhana would comment that the advertising environment has become a bright spot for the company. As it moved through the third quarter, they sold an increasingly higher percentage of their inventory with their premium, original and exclusive content resonating with viewers and advertisers. “Our CPMs are improving, including by as much as double for certain orders due to the continuing increase in demand for AVOD and the unique demographics we bring to advertisers.”

They’ve also seen larger existing advertisers significantly increasing their 2021 campaigns. “Major new advertisers are also appearing on our networks for the first time. And our upfront registrations have increased by over two times. From an industry perspective, we’ve seen a return of broader spending across industries, categories, and verticals. We believe a number of advertisers are beginning to transition greater portions of their budgets through our AVOD due to overall viewership growth.”

Their goal now is to focus on accelerating the growth of their audience across the Crackle Plus networks. How do they plan on accomplishing that? Management said it is actively launching Crackle and Popcornflix linear and AVOD offerings on new platforms and expect to have 15 more offerings available by the end of the year. “These new platforms provide access to approximately 45 million additional monthly viewers in the aggregate. And we expect each platform will add as much as a half a million new monthly viewers to our networks over the first year of post-launch. Our audience growth strategy also includes strategic public relations and social media and ramping up paid marketing on services like Amazon Fire, Samsung, VIZIO, and LG, including our important strategic move into Smart TVs.” 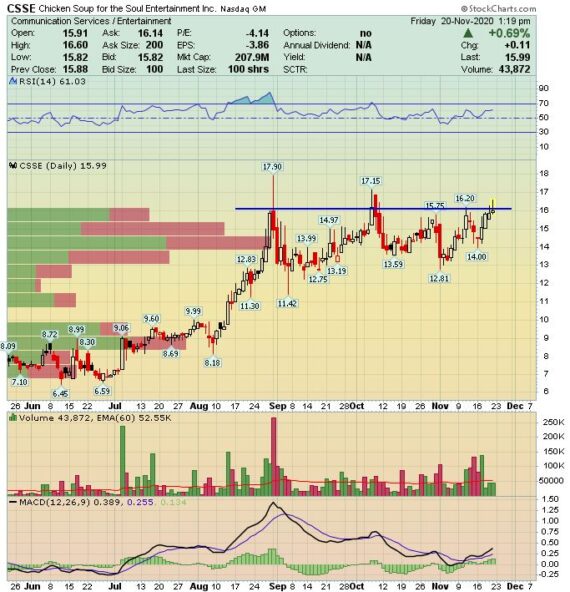