In a report released on May 22nd, Morgan Stanley reiterated their Overweight rating on Monster Beverage (MNST) with a price target of $168. Their analysis concludes that there is significant upside versus consensus from FY2017 on, as shown in the chart below. 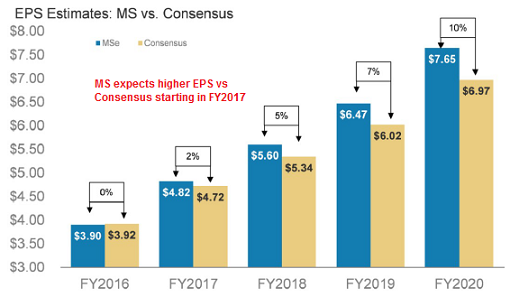 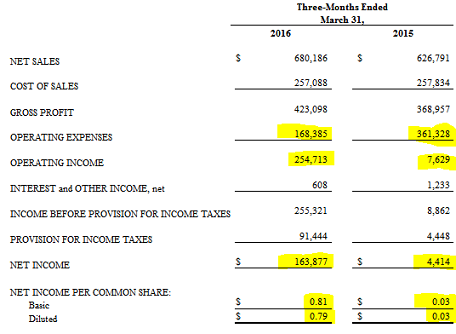 In June of 2015, Coca-Cola (KO) acquired a 16.7% stake in MNST. Without any doubt, KO’s worldwide established bottling and distribution network is what will help drive Monster energy drink to all corners of the globe. Already, in markets where MNST transitioned to the KO system with an existing strong local partner, MNST’s market share increase as a percentage of its prior year share has been strong. The three top increases are South Korea at +87%, Germany at +22% and Japan at +19%.

Morgan Stanley cites International market penetration as the key driver to their forecast, specifically China where the expectation is 10% market share by 2020, this could translate to about $4B in sales. The target is reasonable considering that MNST reached 11% share in Japan in four years, and the Dali food company’s Hi-Tiger brand has been able to gain nearly 6 points of share in three years while others have rapidly lost ground. China’s overall energy drink sector is dominated by Red Bull with an astounding 80.1% share.

The company is also planning to relaunch Monster energy drinks in India in late 2016 and is moving ahead with its plans for local production there. In mid-2015 Indian Health officials banned ginseng-laced beverages after regulators declared its unsafe.

Other countries where sales are expected to contribute positively to the bottom line are Russia and Nigeria.

Overall International revenue is forecast to be 21% by 2020 (CAGR), and a mid 20’s EBIT margin by FY18. Lastly, with a 35% domestic market share, US sales growth is expected to continue its solid trend.

By their own admission, Morgan Stanley’s MNST valuation is not cheap at 26.4x CY18e EPS and 17.6x CY18e EBITDA, translating to 15.3% and 25.5% premium to high growth peers. Their closing paragraph states: “we still do not believe MNST’s much more attractive financial profile is fully appreciated, with MNST’s 1.8x PEG ratio well below the 2.5x average of the high-growth CPG peer set.” 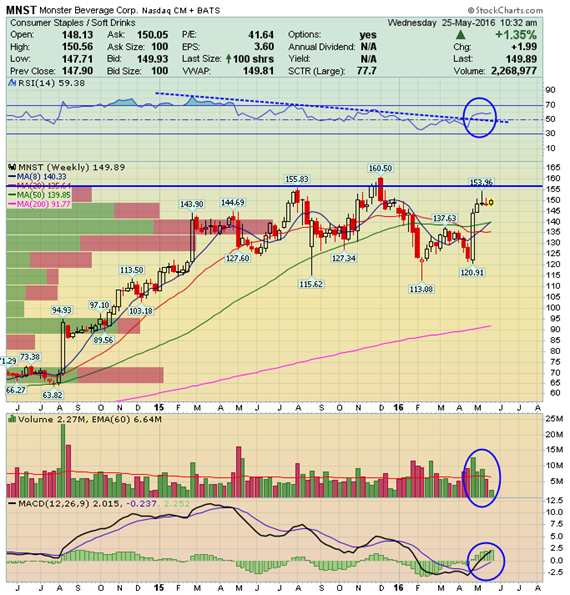