Cutera (CUTR) is a medtech company that I’ve written about twice this year. The first time came in late-March after the FDA announced that it approved a product called AviClear, which reduces acne. The next update was in early-May following the American Academy of Dermatology Conference where I discussed updated trial data for AviClear. 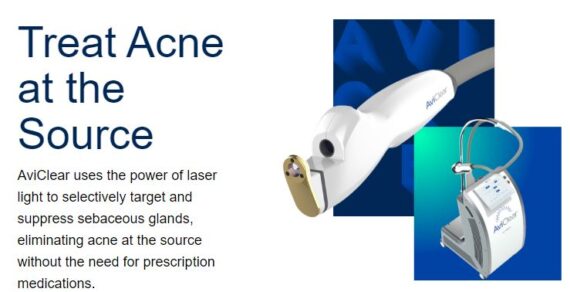 This now brings me to a survey done by Stifel analyst Jonathan Block who recently spoke with 26 AviClear practitioners in the United States, which equates to 15% of the 160 U.S. AviClear practices at the end of the third quarter. The key takeaway from his findings:

Recall, AviClear was approved in late March, with a soft launch occurring shortly thereafter and a full launch occurring this month. CEO David Mowry, on the Q3 earnings call, said that during the quarter, their actual placement activity gained momentum as they slightly outpaced their previous commitment of 100 additional active placements in the period. Their plan would have expanded the total number of active AviClear units to 150. “At the close of third quarter 2022, we actually had greater than 160 active devices in the field treating over 600 new patients throughout the period as patient volumes ramped steadily over the quarter, generating procedure revenues of approximately $1 million. Moving to fourth quarter 2022, we remain committed to our plan of adding an additional 200 active AviClear devices in the period and increasing the active installed base to greater than 360 units exiting fiscal year 2022.”

According to Stifel, in total, 22 of their respondents had adopted AviClear in either Q2 or Q3. Of those 22 practices, approximately 40% occurred in Q2 with 60% in Q3. This was largely in-line with the 30%/70% Q2/Q3 cadence Cutera had outlined/experienced.

Reasons for adoption? Respondents from the survey cited impressive clinical data for AviClear, acne representing a large unmet need, the desire to offer an effective alternative to medications like Accutane, and that these physicians already own other Cutera laser devices and therefore trust the company.

Market Opportunity? Since AviClear is the first FDA approved product for mild, moderate, and severe acne, it was discovered that roughly 36% of patients fall under the mild category, 44% moderate, and 21% severe. Industry figures suggest that there are approximately 50MM teens and young adults in N.A. suffering from acne.

“We believe that of these 50MM patients, ~7MM are actively seeking acne treatment annually, primarily through Dermatologist offices. Based on our respondents’ severity breakdown, this represents 1.5MM (21%) severe patients and 3MM (44%) moderate patients annually. If we conservatively estimate that longer-term, AviClear is able to capture 20% of the severe patient cohort, and 10% of the moderate acne patient population, it would represent a combined annual opportunity of approximately 600K acne patients. At $1,500 in revenue per AviClear treatment (to Cutera), this equates to a ~$900M annual U.S. revenue opportunity for the company.”

Finally, as one could imagine, there have been questions/concerns regarding AviClear’s price tag due to the current economic environment and fears of what might unfold in 2023. However, the survey responses suggest that the price of AviClear treatment is not a deterrent for the procedure, as Dermatologists are converting 4.7 out of every 10 patients that they recommend AviClear to at a $3,000 price point. The Cosmetic practices are seeing an even higher conversion, likely a function of their experience selling cash pay services. For pricing power, while a quarter of the respondents prefer AviClear’s recommended $3,000 pricing structure, Stifel noted that 32% plan to charge $3,500 with another 36% expecting to charge $4,000. Only 8% of respondents expect to charge less than the recommended $3,000 price point. 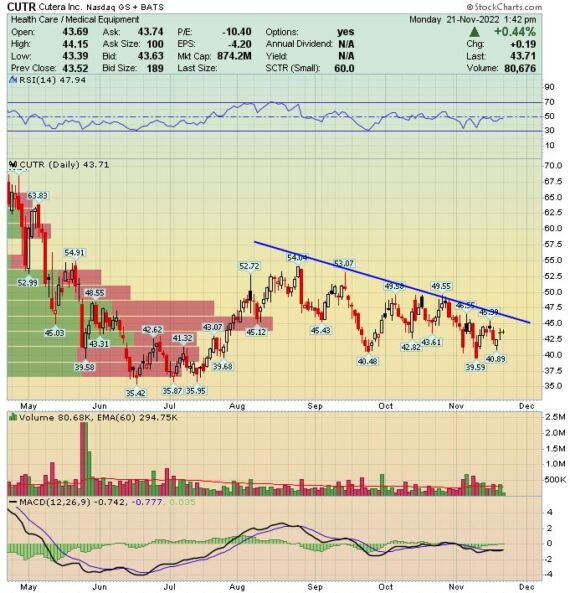