Debuting last month on December 10th, Hydrofarm Holdings is one of the largest independent wholesaler and manufacturers of hydroponic equipment and grow lights in North America.

Truist analyst Bill Chappell, in his initiation note, said that to best understand the Hydrofarm story, it is important to understand how the cannabis legalization process has gone in the US. Once a state passes any form of cannabis legalization, the state government, or in some cases counties, will issue licenses for growers to legally supply the government licensed dispensaries. The licensed growers will then build out a facility to grow cannabis indoors, using hydroponic supplies. Hydroponics is preferred because it is more efficient and is not weather dependent. The equipment and nutrients for hydroponic gardening is commercial grade and not easily available at a local DIY store. Instead, the licensed growers purchase through specialty retailers which are supplied primarily by Hydrofarm and its main competitor Hawthorne. As the particular state expands the legalization of cannabis, from certain medical conditions to recreational use, the state licensed growers expand their hydroponic operations to meet the growing consumer demand for cannabis.

According to the company’s S-1 filing, their principal industry opportunity is in the wholesale distribution of CEA (Controlled Environment Agriculture) equipment and supplies, which generally include grow light systems, advanced heating, ventilation, air conditioning systems, humidity and carbon dioxide monitors and controllers, water pumps, heaters, chillers, and filters, nutrient and fertilizer delivery systems, and various growing media typically made from soil, rock wool or coconut fiber, among others. “Today, we believe that a majority of our products are sold for use in CEA applications.”

CEA is an increasingly significant and fast-growing component of the expansive global commercial agriculture and consumer gardening sectors. According to the USDA and National Gardening Survey, the agriculture, food, and related industries sector produced more than $1T worth of goods in the U.S. alone in 2017, and U.S. households spent a record of approximately $48Bat retail stores on gardening and growing supplies and equipment.

Consumables – Include growing media (soils, rockwool, coco), nutrients (fertilizer, additives, pest management), and supplies (lightbulbs, netting, containers, packaging). These products are “consumed” on a regular basis and used in the growing process, so they are purchased on a recurring basis.

Durables – These include infrastructure & equipment (structures, HVAC, control systems, irrigation) and lights (LED lights, HID lights, reflectors). While these have a higher sales ticket and higher margins, the purchase cycle of these products is much longer and as a result can be choppy and hard to predict. A large portion of these products are purchased when a grower is either at the beginning of operations or expanding their capacity.

Now, while the company’s products fall into either consumables or durables, those brands then fall into one of three segments; Proprietary (owned by HYFM), Preferred (exclusive distribution agreement but not owned), or Distributed (not owned, no exclusive agreement). According to Truist, the company’s long-term goal is to move brands up the ladder through M&A or distribution agreements to increase its percentage of sales from Proprietary and Preferred, which also has benefits to margins (Proprietary brands often have more than 2x the margins of distributed). 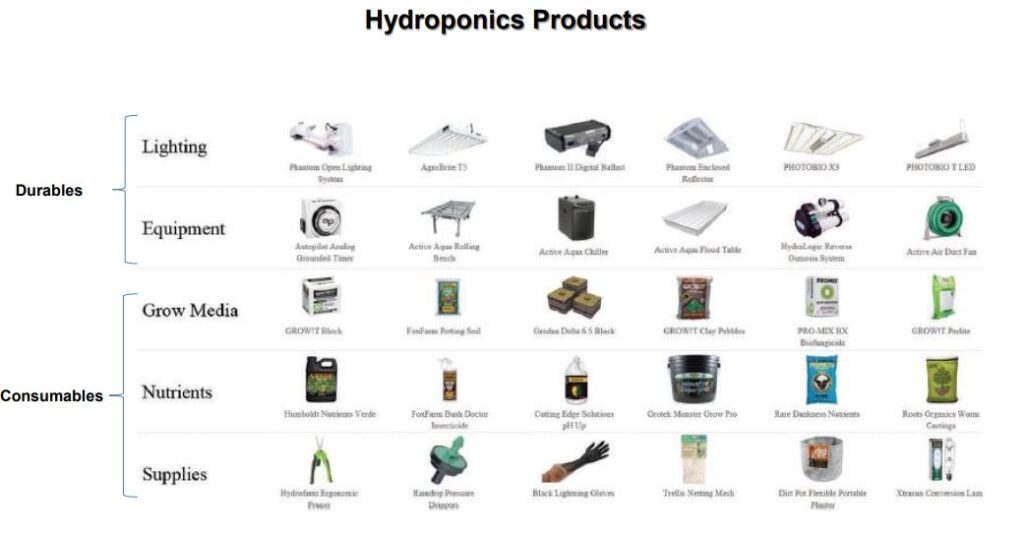 Because of the Interstate Commerce Act, Hydrofarm cannot sell directly to growers that touch the cannabis plant and therefore sell through a network of retailers and third-party ecommerce platforms. HYFM has over 2,000 customer accounts, with retailers ranging from 30+ locations to just single stores. Over 80% of the company’s sales are to these specialty retailers and no customer makes up more than 10% of the company’s sales today, according to the company. Some large hydroponics retailers include GrowGeneration (GRWG) and GreenCoast, but the company also sells to major garden centers like Ace Hardware and Home Depot (HD), as well as through some large greenhouse distributors. The company also has business through ecommerce sites including Amazon (AMZN), as well as hydroponics specific ecommerce sites like Spreetail and Hydrobuilder.

In Stifel’s initiation note, one comment that caught my attention was when they said that they recently had conservations with investors who first considered investing in Hydrofarm during its 2018 financing rounds and then again in the December 2020 IPO. From these discussions, Stifel noted a sea change in the perception of the company’s capabilities, outlook, and approach.

In my opinion, current CEO Bill Toler is one of the reasons for this “sea change” due to the success he has had in the consumer space.

For example, he led a turnaround at AdvancePierre Foods following Chapter 11 bankruptcy and rebuilt Hostess Brands (TWNK) following Chapter 7 bankruptcy. Mr. Toler’s experience prepared him well, in their view, to lead Hydrofarm’s transformation initiative – an effort that has positioned the company to consistently and profitably capitalize on the growth on the hydroponics category. Beginning in early 2019, Hydrofarm optimized its supply chain, executed a strategic SKU rationalization (leading to a reduction of 34%), and prioritized the more profitable Proprietary and Preferred Brands. These efforts yielded 600 bps of gross margin expansion through labor/freight savings with significantly higher product margins (outlined on page 28) with the company returning to profitability in 2Q20. 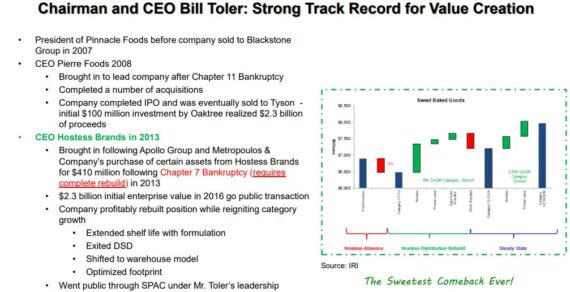