On Monday, the ICR Conference kicked off and through nearly 3 days, a slew of retail names have pre-announced, presented, and met with analysts/investors. Today, I’m focusing on three specific names, but clients can expect to hear more over the next few days.

Hibbett Sports (HIBB) – After meeting with management, Telsey Advisory Group said that the company sounded pleased about recent sales trends, with strong performance during the holiday shopping season. Similar to prior years, the company saw a pickup in sales in the last few days leading up to Christmas, despite an earlier start to the holiday season. Importantly, the second round of stimulus checks that began hitting consumers’ bank accounts 9-10 days ago led to an acceleration in sales. Recall, the first round of stimulus checks, coupled with competitor closures, resulted in new customer acquisition and higher spending from existing customers. BofA would comment that they see potential same-store sales upside (vs. guidance of +HSD-low DD) as HIBB’s guidance did not include any additional fiscal stimulus benefits.

Turning to the company’s partnership with Nike (NKE), last week when Nike filed their 10-Q, they highlighted that North America wholesale revenue declined 14% in F2Q, which was a deceleration from down 5% in F1Q as it “took further steps towards account and channel consolidation by reprioritizing product allocation to benefit NIKE Direct and differentiated strategic wholesale customers.” Importantly, NKE’s 10-Q included additional language on its North America wholesale strategy including plans to “more aggressively accelerate these changes” as they work to reprofile the shape of the marketplace over the next two fiscal years.

BofA believes HIBB is a differentiated strategic wholesale account for NKE as it provides access to an underserved consumer in underserved markets that is incremental to Nike’s .com business. HIBB’s customer is often unbanked and ~90% of in-store transactions are either cash or debit. They expect NKE’s wholesale consolidation strategy to benefit HIBB as its relationship is “as strong as it’s ever been” and expect tailwinds from reallocation of product from undifferentiated accounts. They also see potential for longer-term gross margin tailwinds as Nike exits more promotional retailers.

Finally, regarding product demand, the company said it continues to see strong demand for sneakers, apparel, particularly casual athletic apparel, as well as sandals and slides, which have become a fashion forward category, whereas they used to be seen as accessories in the past. Performance running also has seen strong customer demand, given consumers’ increasing awareness for health and wellness. According to Telsey Advisory Group, the company expects these categories to remain strong in 2021, along with launch products.

Leslie’s (LESL) – This pool and spa retailer was first discussed on the Home Page on October 30th and then an update was provided in Conversations on December 22nd. As highlighted in the Home Page write-up, Leslie’s estimates the average in-ground pool owner spends $24,000 or more on maintenance products and services over the life of a pool. According to P.K. Data, the U.S. market is comprised of a growing installed base of more than 14 million pools and spas. The industry generated revenue of nearly $11B in 2019 and grew at a 3.8% CAGR from 2015 to 2019. The industry is currently experiencing a significant increase in demand, as the COVID-19 pandemic has accelerated secular trends in consumer behavior. In particular, the stay-at-home reality of the pandemic has led to significant growth in new pool installations and pool usage.

Growth drivers for 2021 for the company will include an upcoming launch of Loyalty 2.0, along with enhancing products and services to be relevant to customers. Also, to win over Pro customers, the company is targeting 200+ Pro locations in the longer-term, rolling out an affiliate program, and launching a new Pro website.

In my opinion, one near-term catalyst investors should be paying attention to and a topic I brought up in Conversations was the company’s AccuBlue Home application, which will be a subscription-based product that will allow consumers to analyze, test, and monitor their pool water through app-linked hardware. The company reiterated their full year guidance and as Telsey Advisory noted, this guidance does not include any benefit from the launch of AccuBlue Home. 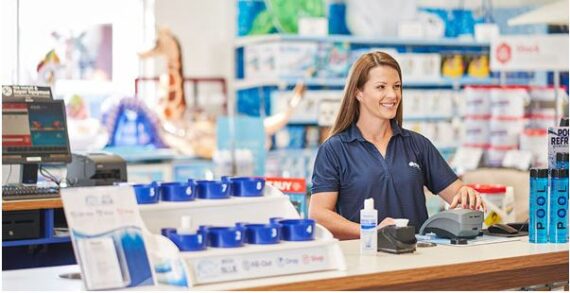 Betterware de Mexico (BWMX) – This is a Home Goods retailer that back in 2019 agreed to a $367M merger with special purpose acquisition company DD3 Acquisition. They then completed their business combination and went public in 2020. The company serves approximately 3 million households in more than 800 communities throughout Mexico and its main distribution center is located in Guadalajara. 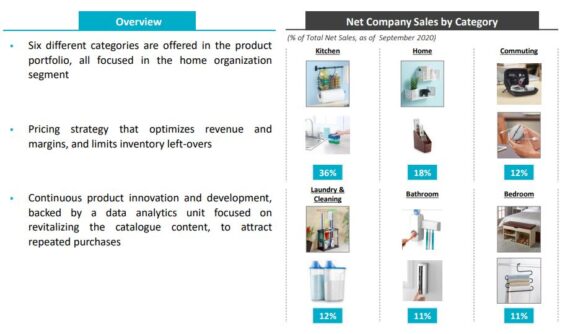 Back in November, the company reported their Q3 earnings in which net sales increased 199% from the prior year period, not surprisingly helped by the pandemic and the increase in demand for home products as consumers stayed at home, along with the company’s ability to successfully hire sales associates and distributors to sell products. Betterware’s research now indicates that consumer habits—particularly the focus on home organization and cleanliness—are likely to remain in place in the post COVID-19 world, a scenario that bodes well for 2021 and beyond.

In terms of expansion opportunity, the company’s roadmap includes increasing its Mexico penetration to 40% over the next several years, up from 20% currently. As of now, the company has a presence in most large cities across Mexico, but has not yet penetrated all neighborhoods in these cities, an area of opportunity according to Telsey Advisory. Finally, the company is encouraged by the early response in Guatemala, the first test country outside Mexico. Eventually, Betterware’s goal is to target Colombia and Peru— which together account for two-thirds of the size of the Mexican market.