**This is one of the many write-ups discussed in our upcoming Weekend Research report, delivered to clients every Sunday.

Playtika (PLTK), which debuted on Friday, is one of the world’s leading developers of mobile games. They own some of the most iconic free-to-play mobile games in the world, many of which are the #1 games in their respective genres, based on total in-app purchases on iOS App Store and Google Play Store for the nine months ended September 30th, 2020 worldwide, according to App Annie. Some of these include: 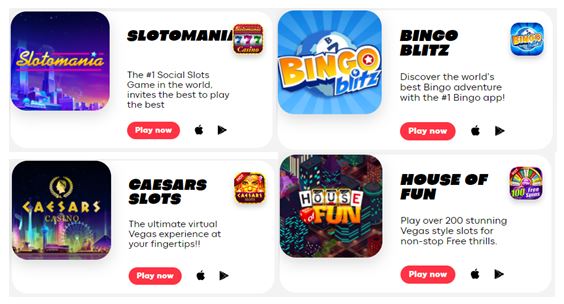 Launched in 2010, Slotomania is the premier social slots game, with over 1.469M average DAUs in the quarter ended September 30th and a Facebook Supergroup with over 640,000 members as of September 30th. Slotomania offers over 280 original slot machines where players can progress through “SlotoQuests” to earn in-game virtual rewards and virtual coins, as well “Playtika Rewards,” where players earn virtual rewards by playing all of Playtika’s games

Launched in 2010, Bingo Blitz provided a bingo adventure to over 900,000 average DAUs in the quarter ended September 30th. Users progress through various levels in the theme of major global cities and are able to connect with others to earn virtual items and bonuses, including additional virtual coins and power-ups. Within each city, players collect treasures through playing original bingo games that feature an innovative twist to the classic bingo genre.

Launched in 2011, Caesars Slots features over 200 slot games and are developed to have a look and feel similar to those played in casinos, including high roller lounges only accessible to those with a certain amount of virtual coins and a special “Golden Room” that provides players with exclusive features.

Launched in 2012, House of Fun features over 250 uniquely-themed slot games with a standard leveling system where players earn various virtual in-game items, including virtual rewards, bonuses and coins progressing through various missions that are updated regularly.

The company was founded in 2010 and they released their first game, Slotomania, which currently remains the largest game in their portfolio based on revenues. In 2011, they were acquired by Caesars Interactive Entertainment, Inc. Under CIE’s ownership, it continued to expand their portfolio by launching Caesars Slots and by acquiring several games, including Bingo Blitz, World Series of Poker, and House of Fun.

Then, in 2016, it was acquired by a consortium of investors led by Giant Investment Co., or Giant, for $4.4B. Under Giant’s control, it diversified the gaming portfolio, including into new genres, through the acquisitions of games and studios including Jelly Button (2017), Wooga (2018), Supertreat (2019) and Seriously (2019).

“We have primarily grown our game portfolio through acquisitions. Once we acquire games, we enhance the scale and profitability of those games by applying our live operations services and our technology platform, the Playtika Boost Platform. By leveraging this platform, our game studios can dedicate a greater portion of their time to creating innovative content, features, and experiences for players. We also develop new games using our internal development teams and infrastructure, applying learnings from our existing games.”

57.4% of the company’s revenues are generated by casino-themed titles and 42.6% by casual games during the nine months ended September 30th. During this time, they had 35.2 million average MAUs and 11.4 million average DAUs. Of the games that they have operated for at least five years, they increased revenues of five of them at a compound annual growth rate of 15% or more during the five years ended September 30th, demonstrating that “our games have long-term appeal to users and our ability to increase monetization over time.”

In the nine months ended September 30th, Playtika generated 76.6% of revenues in North America and 13.0% in Europe. However, their games are played in over 100 countries, and thus, they believe that they have a significant opportunity to increase revenues outside of North America.

Finally, in terms of performance metrics, during the nine months ended September 30th, it had 11.4 million average DAUs, an increase of 15.2% from the same period in the prior year. “We believe that we will be able to continue to grow our user base, including through marketing and advertising, and cross-promoting between our games, including new games that we develop or acquire.”