iRhythm Technologies (IRTC) is a medical device company that manufactures heart monitoring devices for the detection of cardiac arrhythmia and related conditions. Their single product Zio XT is complimented by Zio Service, which compiles the massive amounts of data collected by the monitor and, though proprietary algorithms, condenses the equivalent of 10,000 pages of information to around 15 pages of usable output  which is then forwarded to the patient’s physician.

More commonly referred to as the Zio Patch, is a discreet sensor that a patient attaches to their chest – it has its own proprietary adhesive backing. For 14 days, the device will continuously monitor cardiac activity. A trigger button on the sensor can be pressed to mark occasions when experiencing symptoms or events such as shortness of breath, dizziness, irregular heartbeat or any other issues. 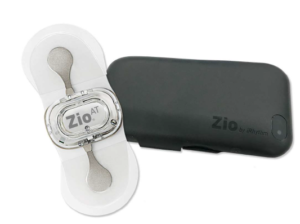 Once the 14 day period is finished, the patient sends his sensor back to iRyhtm where the information is uploaded to their cloud-based data bank, analyzed, compiled and sent to their physician for diagnosis.

There is also an online platform (app and PC) where patients are encouraged to keep a log of any occurrences.

In ‘Phase 2’ of it strategy, management has plans to continue increasing its team and add territory managers as well. RBC Capital estimates 126 representatives and 27 sales managers by the end of 2018, and up to 150 over time. Maximum sales potential should be around $2M per representative, reached once in their 3rd year in service or slightly longer.

A study and clinical trial labeled Early Prolonged Ambulatory Cardiac Monitoring after Stroke (EPACS) assessed that Zio Patch was able to detect atrial fibrillation (AF), in transient ischemic attacks (sometimes called mini-strokes) at a higher rate when compared to the industry standard usage of a Holter monitor. The random testing of 116 subjects showed Zio Patch enabling detection of 16.1% AF instances versus 2.1% in patients with Holter monitor. These results were presented at the 3rd European Stroke Organization Conference in May of 2017 where it was recognized that the convenience of a patch-based monitor with 14-day continuous monitoring was more optimal than other methods in detecting AF.

This clinical trial is to determine if the Zio Patch is able to more efficiently detect AF versus routine care alone. Preliminary readout from November 2017 showed 5.1% diagnosis when using Zio Patch versus 0.6% when patients relied solely on routine clinical diagnosis. This study is on approximately 1,700 participants, from a database provided by Aetna (AET), showing interest by a major insurer.

Full readout is expected in early 2018.

The third study is targeted towards participants aged 75 years or older and is intended to determine whether patients with a history if hypertension and silent AF would benefit from home-based screening, versus regular screening visits to a physician. The 800+ patient study ultimately aims to prevent more strokes with a cost-effective method such as the Zio Patch.

iRhythm’s current Tam is approximately $1.4B. With the additional indications being tested for, Zio Patch can potentially see an increase of around 4.1 million tests per year, about $1.2 billion in dollar-terms.

Broken down into segments, mSTOPS and SCREEN-AF are forecast to increase market exposure by $900M, and another $300M is expected to be brought in from monitoring of other conditions stemming from strokes or cardiac surgery. 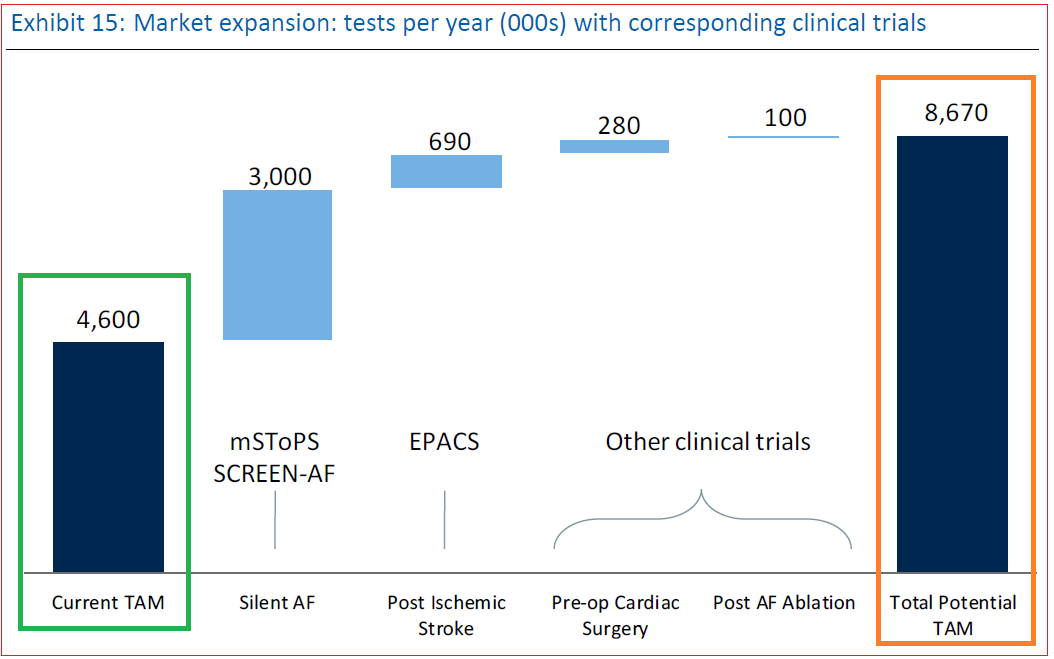 Considered in the category of first-line monitors, the Zio Patch competes directly with the Holter monitor which has been around since the 1960s.

The Holter monitor costs around $100 and is plugged into sensors that are placed at multiple points on the patient’s chest and abdomen/ Its ability to monitor is limited to 24-48 hours of non-continuous data collection as the unit cannot be worn while the patient is showering, participating in sports or sometimes even during sleep, therefore patient compliance due to inconvenience is low.

Zio Patch costs around $350 and provides a much more convenient monitor that adheres just above the heart, collects 14 days of continuous data and can be worn in the shower, during sleep and almost all regular daily activities the patient participates in therefore the minimal intrusion leads to high compliance rates.

There are other products as well, however those are considered second-line monitors and not necessarily direct competition to the Zio Patch. However, it should be noted that other pharmaceutical companies may introduce products of similar nature in the future which may compete directly against the Zio Patch, taking market share away from iRhythm.

There is also a next-gen version of the Zio XT being developed, the Zio AT which will allow for real-time transferable data during usage through a Bluetooth connection, enabling live monitoring. This will address a different market, that of second-line monitoring for patients with more critical symptoms of AF and its availability is not seen to intrude into the XT’s market. Price of this device is estimated to be in the $700 to $1,050 range. This product will have direct competition from Medtronic’s (MDT) SEEQ monitor, BioTelemetry’s (BEAT) MCOT ePatch and LifeWatch (LIFE) MCT 1 Patch.

In November of 2017, Canaccord reiterated their Buy rating and $59 price target while Morgan Stanley increased their price from $50 to $65 and maintained an Overweight rating on the shares.

iRtythm Technologies has shown that Zio Patch can effectively monitor heart irregularities and has far better usage compliance than the traditional Holter monitor. With widespread insurance policy coverage available to ~290 million Americans, favorable reimbursement policies and a shift to direct billing that reduces the workload of doctors’ offices, Zio Patch has more opportunities and applications that will increase its market exposure contributing to the company’s top and bottom lines. 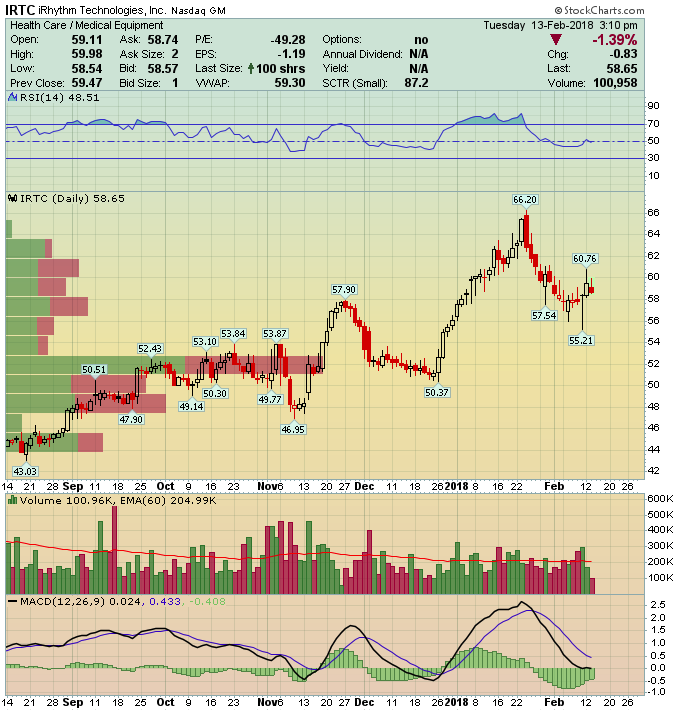