This weekend Barron’s is out with a bullish view on the stock seeing the aircraft-leasing giant as a cheap way to profit from the global travel boom. The stock trades at a mere eight times projected earnings for 2016, and earnings next year could beat the current consensus of $6 per share. Recent share repurchases should prove accretive. Greenlight Capital founder David Einhorn is a fan. Shares could climb by more than a third over the next 12 months.

We’d like to expand on that to show how the consensus view has changed recently. In early June, AIG announced that it will sell 71.2MM AerCap shares to the public, at $49/shr, for $3.5Bn, with the option to sell an additional 10.7MM shares. But more importantly, as Citigroup points out, AER could re-purchase up to a total of $2bn of shares by the end of 2017 while still retaining a minimum investment grade requirement net debt to equity of 3.0 to 1. 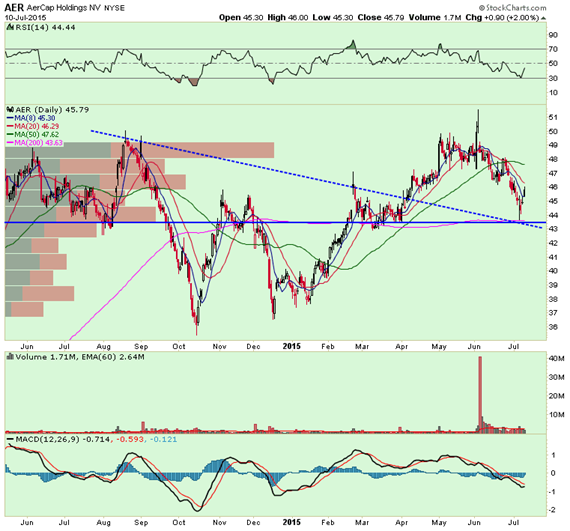