Just over a week ago on December 1st, I published a Home Page article (See HERE) on 3 different medtech companies: Integra LifeSciences (IART), which announced it acquired Surgical Innovation Associates, Paragon 28 (FNA), which settled patent infringement lawsuits with Stryker (SYK), and lastly, DexCom (DXCM), whose Japanese partner Terumo said that the Japanese medical insurance system granted reimbursement for the G6 product for all insulin users. According to JPMorgan, G6 now has coverage for the 1M insulin users in Japan, a large improvement vs the 200K previously covered. All in all, this should be a nice growth driver for the company.

I wanted to bring up DexCom again because yesterday, the company announced that it received FDA approval for its G7 continued glucose monitoring system.

This approval came in-line with expectations, meaning it was going to happen by year end. As a reminder, Morgan Stanley would highlight that G7 pivotal data demonstrated a MARD of 8.2% in adult patients and 8.1% in pediatric patients, with G7 outperforming FDA-designed special controls for iCGM qualification. The upcoming launch timeline for G7 also lines up with management commentary from Q3 suggesting a full, Q1 U.S. roll-out.

Stifel was out with a note saying that the G7 approval marks DXCM’s second critical 2022 catalyst “checked off the list” after the Basal-only Medicare proposed coverage decision announced in October. “The next major milepost will be in January at a competitor’s conference, where the company typically pre-announces and provides year-ahead guidance.” 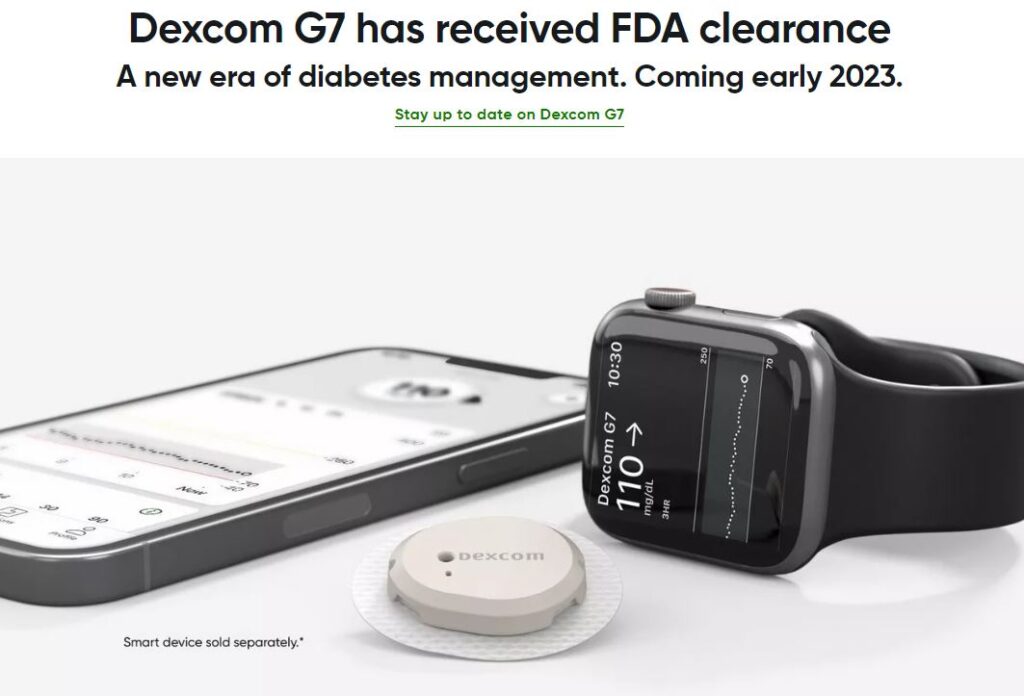 Johnson & Johnson (JNJ) – Back on November 29th, privately-held CMR Surgical announced it will be working with Johnson & Johnson’s Ethicon business to sell its Versius surgical robotics system. According to The Robot Report, “They’ll focus on selling to select hospitals in Italy, France, Germany and Brazil.” Versius is a modular robot, more like Medtronic’s (MDT) Hugo than Intuitive Surgical’s (ISRG) da Vinci, and supports a range of “soft tissue” procedures including established RAS categories like urology, gynecology, and general surgery.

Wolfe Research analyst Mike Polark was out with a note asking the question, “What does this mean for JNJ’s existing robot program…if anything?” “Ottava was the name, if memory serves (LOL, we joke – it is Ottava… JNJ commentary on this has been de minimis of late). Either way, adding Ethicon commercial reach should elevate Versius’ profile in those OUS markets, potentially increasing CMR’s competitiveness in coming years. For years the ISRG competition discussion has focused heavily on MDT and JNJ. We have often felt CMR didn’t get the “respect” in the Street debate it seemingly deserved (based on our work). Maybe now folks will “know Versius’ name?!.” 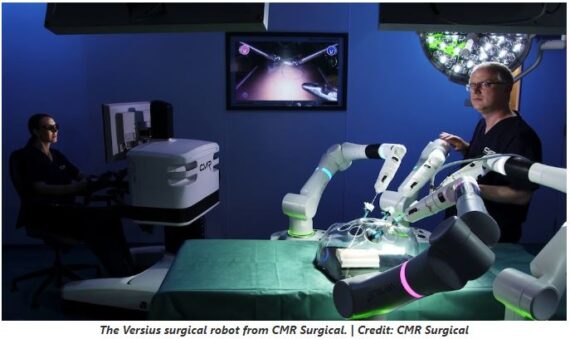 ResMed (RMD) – A name that we have brought up numerous times as of late but has never been able to truly break out. Earlier this month, the Agency for Health Research and Quality (AHRQ), which is a division of the U.S. Department of Health and Human Services (HHS), published its final version of its Continuous Positive Airway Pressure (CPAP) tech assessment.

Back in April 2021, a draft assessment was released that raised concerns for the industry. The conclusion of the 155-page draft document read, in part, “the published evidence mostly does not support that CPAP prescription affects long-term, clinically important outcomes.”

Unfortunately, the conclusions of the final TA for CPAP are very similar to the ones in the draft TA. Needham was out highlighting that the report, which considered studies from January 2010 through March 2021, concluded that:

1) Studies are inconsistent in how they define breathing measures.
2) RCTs do not provide evidence that CPAP affects long-term, clinically important outcomes.
3) Comparative studies did not adequately address whether the effects of CPAP vary based on disease severity, symptoms, or other factors.
4) Additional well-conducted studies are needed before we have a clear understanding of the potential effects of CPAP on long-term outcomes.

Wolfe Research would ask the question, “What impact might this final report have, if any?” In the very short run for ResMed, likely no financial impact at all. “Over the mid-to-longer-haul? TBD…seems reasonable to have an eyebrow raised. CMS asked for this review. Industry lobbied hard to improve tone of the draft. Final assessment tilts negative. Net…we have our antenna up.”