In yesterday’s trading session, we spotted small, but unusual buyers of 160 August 260 Calls for $7.00 – $8.20 on wide bid/ask spreads, approximately a $125,000 bullish bet on 6x daily average call volume. These contracts will target the company’s Q2 earnings report scheduled for after the close on Tuesday, July 28th.

If we take a look at last earnings, the company beat on both the top and bottom line and offered Q2 revenue guidance above consensus which SunTrust Robinson analyst William Stein called “downright impressive.” The analyst also added that he believes a significant transformation is underway which is being accelerated by the COVID-19 downturn. More specifically, MPWR’s evolution from a semi device company to a technology solutions company should bring with it significantly higher ASPs and therefore faster revenue growth, higher margins, and EPS.

Over the last couple of months, management has sat down with a number of analysts. Based on the commentary below, its safe to say the pipeline is strong.

“Advances in integrated technology have allowed the introduction of portable ultrasound machines that provide fast and accurate readings.” 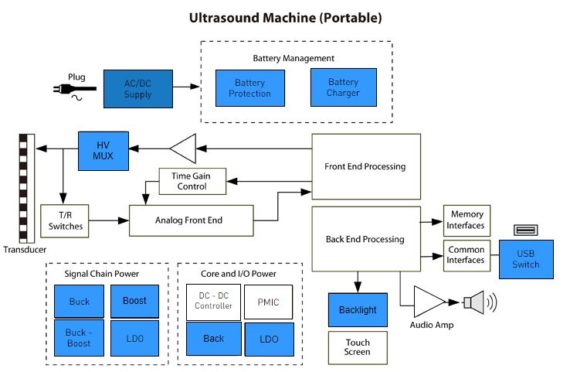 KeyBanc – Analyst John Vinh discussed strong Work-from-Home demand since the end of Q1 driven by data center, high-end PC NBs, SSD storage, and networking, with strength continuing into Q3. WiFi 6 adoption has been particularly strong with pull-ins in from the 1H. While the company has been preparing for an air pocket after the surge in demand and customer inventory build, management has not seen any sign of unusual order push outs or cancellations. Additionally, backlog coverage remains strong, while order patterns continue to be robust for Q3 and Q4.

In addition, they believe the next-gen XBox console ramp represents a significant growth opportunity, with the potential to drive upside to 2H estimates given increased share (sole-sourced) vs. prior generation console (dual-sourced). The gaming console product ramp started in late Q2 and is expected to peak in Q3, while visibility of the scale of the ramp is limited. While console gross margins are lower than corporate average despite higher ASP, the gross margin of the current ramp is set to improve vs. last generation, as the company is qualifying and taping out at its recently qualified 12″ fab.

Needham – Finally, analyst N. Quinn Bolton highlighted that the company saw a surge in demand during the June quarter, but due to the company’s limited capacity, it worked with customers to satisfy only a portion of this demand. Consequently, they believe the company has been able to effectively manage customer and channel inventory levels. “The surge in demand was driven by the ramp of WiFi-6 upgrades in IoT devices and home appliances, the pending launch of new automotive models where MPS’ content spans beyond infotainment and lighting applications, continued strength in 5G deployments and robust server, SSD and high-end commercial notebook demand.” Importantly, they, like KeyBanc, also believe demand remained strong through Q2 and the company did not see any order slowdown, pushouts or cancellations during the quarter.

“As a result, they believe Monolithic Power is well positioned to deliver stronger 2H results than we previously forecast given robust demand in 2Q20 and the expected 2H20 ramp of the Whitley server platform and a next generation gaming console. Further, we believe MPS has been designed into NVIDIA’s 12V PCIe A100 GPU cards, which were introduced last month.” 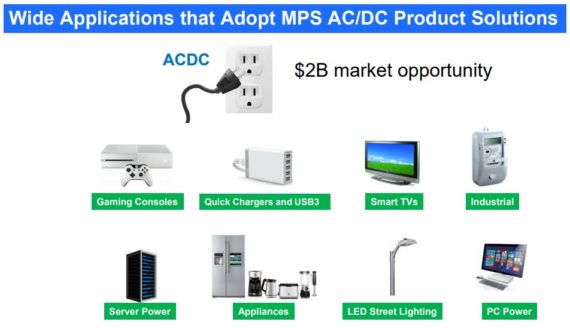 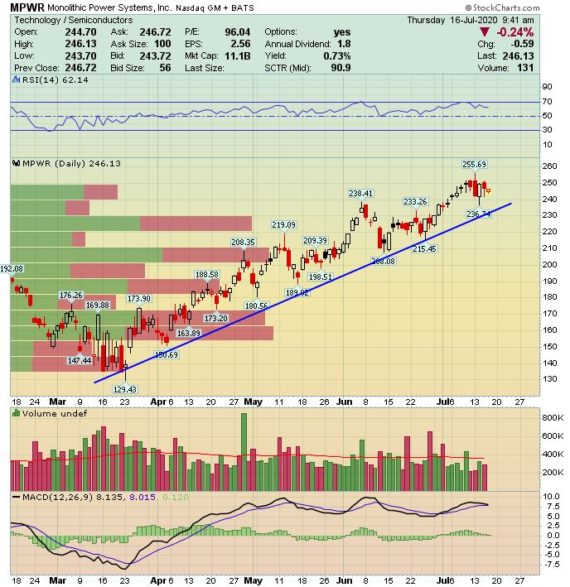