Looking ahead to 2022 for Monster Beverage (MNST), there are currently a few items worth paying attention to:

Aluminum – On the company’s last conference call, management alluded to the continued shortages in its aluminum can requirements here in the U.S. and also in EMEA. Co-CEO Hilton Schlosberg would say, “Right, so if you look at where we are with cogs, it’s really a difficult situation right now, because I don’t know where for example aluminum is going. I think those of you who are tracking aluminum, will know that the aluminum price is significantly, the LME and the Midwest premium is significantly higher than last year. In fact, it’s up by almost 70% from the similar quarter in the previous year.”

In the middle of October, Monster ended up with the highest price they’ve ever seen for aluminum in the Midwest Premium. Fortunately, that has fallen 15% from its high. Stifel estimates that aluminum costs, including the Midwest Premium, collectively accounting for 25% of COGS will increase 54% Y/Y in Q4, which will be a deceleration from the 66% Y/Y increase in Q3, with pressure to lessen considerably through 2022. Potential offsets to this will be reduced promotional allowances, increased local sourcing/production, innovation-driven mix, more favorable FX rates, and the Athy, Ireland concentrate facility becoming operational.

Relatedly, Stifel points out that list prices on Monster have continued to increase as the company reduces promos to offset inflation, up 1.9% since early September and up 2.8% over the last four weeks, compared to a 0.6% increase over the prior 12-weeks and a 0.2% increase in the 1H21. “We think this suggests a rational competitive environment, and supports price increases, though none have been announced yet.”

Products – For the longest time, management would continue to get asked about a potential hard seltzer offering. On every conference call, management would simply say they were continuing to evaluate the opportunity. Ultimately, the company decided to go a slightly different route and announce True North, their non-alcoholic seltzer energy drink. As of the last earnings call, the company said that in the U.S., they successfully launched their new True North pure energy salsa line in ecommerce and selected channels, and will launch nationally into mainstream channels with their Coca-Cola bottlers in the first quarter of 2022. 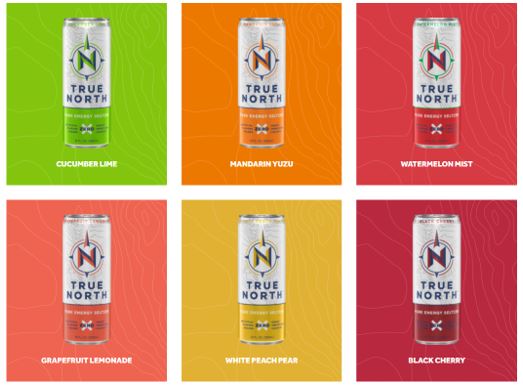 In addition to True North, Stifel anticipates the company will announce four new products at its January 13th investor event – Ultra Peachy Keen, Aussie Lemonade (a juice SKU), Watermelon Rehab and Reign Sherbet. They estimate that Ultra Peachy Keen and Aussie Lemonade will be most impactful, potentially adding ~300bps-400bps to 2022 sales growth based on the contribution from recent Ultra and juice line extensions over a TTM basis post introduction. They assume all will launch in February 2022.

Synergies – Late last month, Bloomberg reported that the company was exploring a combination with Constellation Brands (STZ). Most analysts on the street speculated that a joint venture would make the most sense vs a merger. Morgan Stanley analyst Dara Mohsenian said a “full blown combination would be less plausible given some impediments” that include potential cost synergies that he believes would be limited in a deal and the fact that each company looks well positioned for long-term topline growth on their own without needing a combination. Meanwhile, Citigroup analyst Wendy Nicholson says that while a partnership deal between Monster Beverage and Constellation Brands “could make theoretical sense,” she’s “highly skeptical” that Coca-Cola (KO) would want to abandon its relationship with Monster, especially given the important role that Monster energy drinks play in its global distribution system. This is why Stifel said in their note last night that that an acquisition of Monster by Coca-Cola makes the most sense given “meaningful cost and sales synergies, with minimal integration risk for Coke given it already distributes Monster in nearly all markets globally.” It also removes succession planning risk at Monster. That said, while they have no knowledge of any discussions, they think Coke is likely at least a year away from potentially acquiring Monster given the recently announced $6B acquisition of BodyArmor and a large potential tax liability. 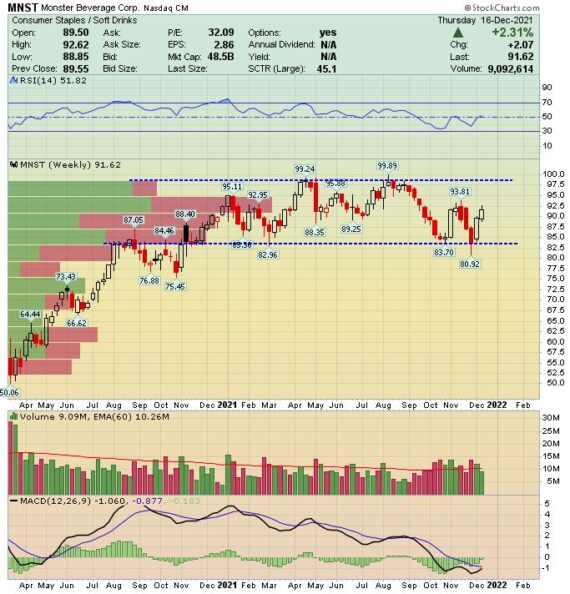