Tactile Systems is a leader in developing and marketing at-home therapy devices that treat lymphedema and chronic venous insufficiency. The company currently offers its Flexitouch system, an advanced intermittent pneumatic compression device which gives patients a comfortable and convenient way to self-manage lymphedema and non-healing venous leg ulcers. Meanwhile, its Entre system is a basic pneumatic compression device used to assist in the successful home management of chronic swelling and venous ulcers associated with lymphedema and chronic venous insufficiency. 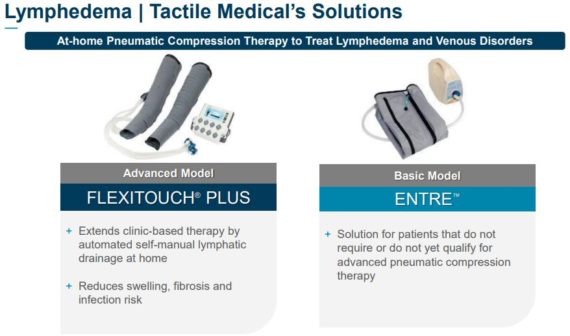 Before highlighting recent analyst commentary, it should be noted that investors appear to be playing the waiting game as a specific lawsuit has yet to unfold. If we circle back to the Q1 conference call, Guggenheim analyst Christopher Pasquale would ask management if they could provide any update on the legal action that was initiated relating to the qui tam suits from one of their competitors.

CEO Gerald Mattys would respond by saying, “Sure, Chris. I’ll just reiterate what we’ve said previously and then I’ll let you know where we are today. As we discussed in the 10-K, we were served with a sealed complaint in the U.S. District Court of Southern District of Texas on February 13th. The suit was brought by a competitor and the U.S. declined to intervene or join the suit. That suit was unsealed on March 20th of this year. We continue to believe the allegations are without merit and we’ll vigorously defend ourselves. In fact, we filed a motion to dismiss the suit on April 5th of this year. But as for additional details, our policy is not to discuss details of outstanding litigation until we get a little further in the process.”

In a note last week following management meetings, Piper Jaffray analyst JP McKim would comment on the Qui Tam noting that management couldn’t say much other than they filed their responses and are awaiting the judge to look over the case. “The decision could come at any time, but we suspect it will get resolved by summer’s end. Further, we get the sense that in reality, it was filed by an angry competitor that lost market share to TCMD.”

In that same note from Piper Jaffray, they posed the question of how Tactile will reach any remaining doctor and/or patient? They note that the most effective use of dollars has been on adding sales reps to leverage the company’s internal reimbursement, R&D and G&A team. As Exhibit 4 shows below, the company’s growth has come from adding new reps who take anywhere from 12 to 18 months to fully ramp depending on the type of rep hired (associate or full senior rep). Productivity per rep has remained flat over the last several years as the company has continually added more and more reps. The top performing rep at Tactile has a team of two associates and produces close to $3M in annual sales. Tactile exited Q1’19 with 210 reps and management believes they can add 30-40 per year until reaching between 300-350 reps, at which point they believe they will have reached all key geographies. “Thus, we do not expect productivity per rep to be a real driver of growth/leverage until the company begins to slow the pace of hiring.” 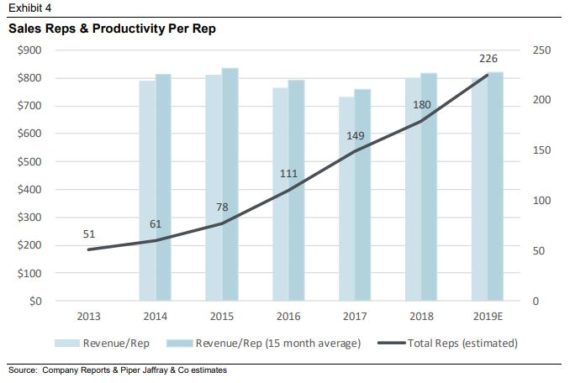 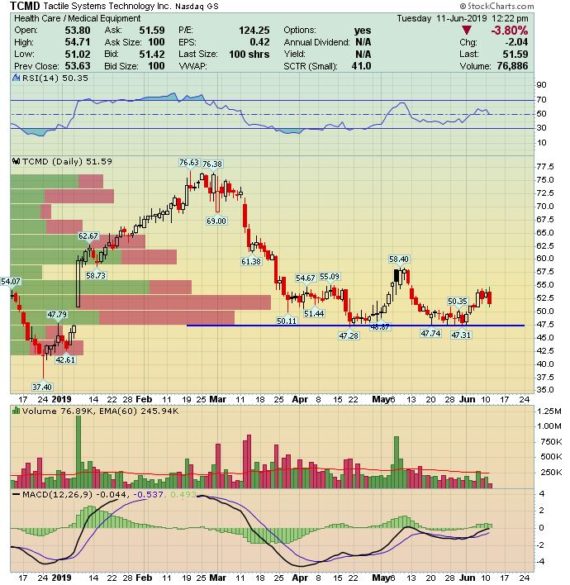