Headquartered in Novi, Michigan, and formerly known as Spartan Motors, The Shyft Group (SHYF) is a market leader in vehicle manufacturing and assembly for the commercial vehicle and recreational vehicle industries. The company operates through two main segments:

Fleet Vehicles & Services (75% of Revenue) – This segment manufactures and sells commercial vehicles that are used in the last mile/parcel delivery, beverage and grocery delivery, mobile retail, and trades and construction industries. Through this segment, the company offers different types of vehicles, ranging from cargo to velocity to walk-in vans.

Specialty Vehicle (25% of Revenue) – This segment is a leader in specialty chassis manufacturing for the recreational vehicles, electric vehicles, and well as the assembly of truck body options. 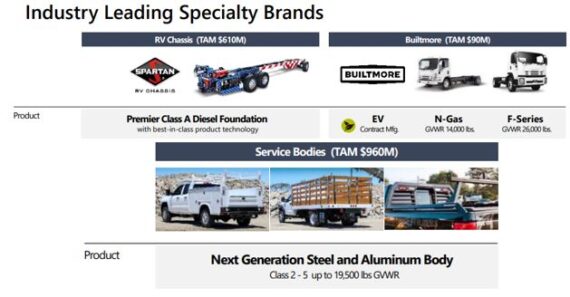 The last major event for this company was its Q3 earnings report in early-November where the company posted stellar results:

Raymond James analyst Felix Boeschen, in his post-earnings note, would point out that as of Q3, the company-wide backlog stood at (another) record of $853M, an increase of 204% Y/Y. When one takes the time to read over the conference call, you start to get a sense of why the backlog is where it’s at:

“We are seeing the Velocity increase in backlog, but we’re also seeing a number of FedEx Ground contractors and dealers ordering both Velocity and traditional walk-in vans.”

Prior to earnings, Raymond James had the opportunity to speak with management and they said that following the successful launch of its Velocity F2 product earlier this year, they would not be surprised to see total Velocity revenue approach $200M in FY21 (from 0 last year!), with M3 (SHYF has begun taking orders) and the R2 product (order books to open in Q4/Q1) likely to present another tailwind – in their view, “a clear testament to SHYF’s innovation in the rapidly growing B2C delivery complex.”

“We recently announced an add-on USPS order of 447 truck bodies, representing $53 million in revenues. Production on this order is expected to begin in Q2 of next year.”

“Announced orders for more than 500 refrigerated delivery vehicles from several grocery chains. To fulfill these orders, we expanded our production capabilities in our existing Kansas City facility.”

Electric Vehicles – Finally, I would be remiss not to mention the commentary from CEO Daryl Adams on the call in which he would provide an update on Shyft Innovations, the company’s dedicated mobility research and development team, which is currently focused on developing Shyft’s electric vehicle chassis and their new walk-in van body design. During the quarter, they said they opened an R&D facility, which is the new home of Shyft Innovations and their 2 proof-of-concept electric vehicles. This product is not immune to the supply challenges, but they are currently on track to the project timeline they introduced in June, and look forward to unveiling this proof-of-concept vehicle in the first quarter of 2022.

During their non-deal roadshow the month prior, Raymond James would touch on innovation, saying they walked away with a greater appreciation for the company’s internal electric chassis development (primarily aimed at targeting the “void” in Class 3), which per management seems to be tracking slightly ahead of its original schedule outlined at its recent investor day with prototypes scheduled to hit the roads next year. Importantly though, while SHYF is clearly working on designing its own EV chassis (again, targeted primarily at the Class 3 space), the analyst believes even in a ZEV world, SHYF remains extremely committed to working with an array of chassis providers (similar to the set-up in conventional ICE vehicles today), with such partnerships likely ranging from “traditional OEMs” (i.e. Ford, etc.) and new EV entrants alike (SHYF has been approached by several EV entrants). 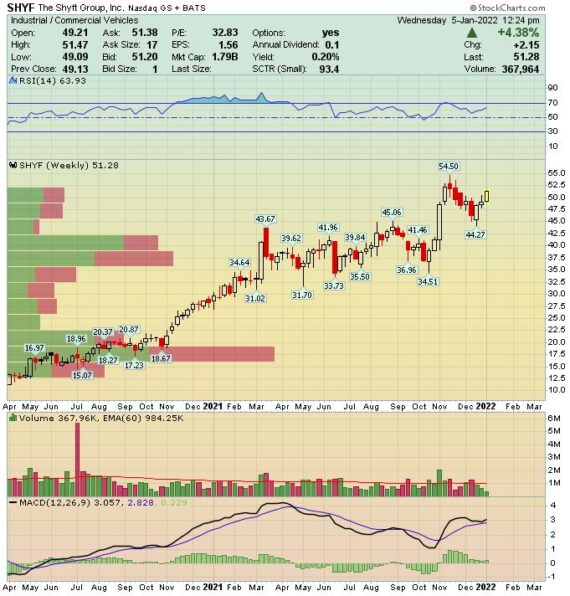