TransMedics Group, a commercial-stage medical technology company, is addressing the need for healthier organs for transplantation. Cold storage is the rudimentary approach to organ preservation in which a donor organ is flushed with cold pharmaceutical solutions, placed in a plastic bag on top of ice and transported in a cooler. To combat this problem, TransMedics developed the Organ Care System, or OCS, to provide donor organs with warm, oxygenated, nutrient-enriched blood, while maintaining the organs in a living, functioning state. 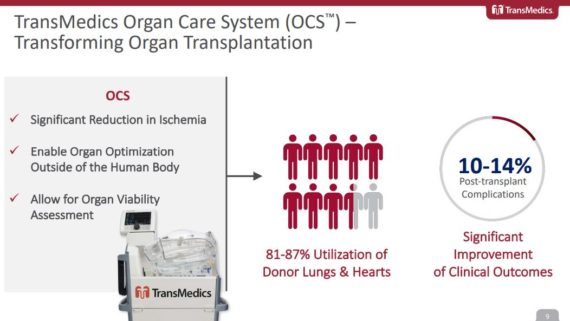 We first featured this name on the Home Page just ahead of its public debut (See HERE). Then, most recently, we discussed it in the December 11th JaguarLive session.

At the JPMorgan Healthcare Conference, management would review the “sizeable market opportunity” available for its 3 products. All told, this market could represent an $8B opportunity split between Lung ($2.5B), Heart ($2.5B), and Liver ($3.0B). Only a fraction of these organs are being used today due to the inherent limitations of cold storage that includes things like long ischemic times, the lack of organ optimization capabilities, and an inability to assess the condition of organs before transplant. These shortcomings lead to a 30-35% rate of post-transplant complications, with only 2-3 out of 10 potential thoracic organs being donated today. 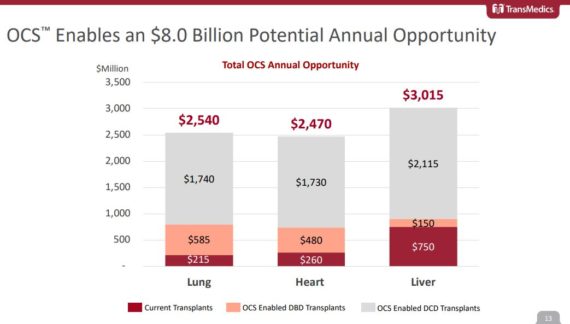 Following the JPMorgan Healthcare Conference, analyst Robbie Marcus would highlight in a note that one of the most exciting projects TransMedics is undertaking is a partnership with the Legacy of Life Hawaii Organ Procurement Organization. In case you did not know, back in July, the OCS device was used in the successful transplantation of two lungs from Hawaii that were transported all the way to North Carolina, a proof of concept that JPMorgan says “could drastically change the organ procurement paradigm.” 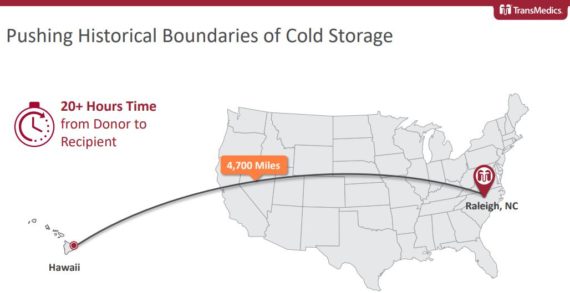 Fast forward to the company’s Q3 conference call where in the Q&A session Canaccord Genuity analyst Jason Mills said, “Your pilot program with respect to the service model showed some really promising events a quarter or so ago. Can you update us on that program and whether or not there are plans for additional service cases to be done over the course of the next quarter or so?”

CEO Waleed Hassanein would respond by saying, “I usually don’t like to talk about things before they actually happen, Jason, as you know. But given that you asked me, I fully suspect that we will be announcing several programs that are of the same nature of the Hawaii programs, but in the Mainland U.S. And these are the initiatives that I was referring to earlier, and I was hoping to address them, hopefully, in the Q1 call. The Hawaii program has caused a significant momentum and awareness of the capability of the OCS technology across major U.S. transplant stakeholdership and OPOs in the mainland U.S. So these are the initiatives that Tamer and his team are heavily engaged with. And I fully suspect that will materialize within the next quarter.”

Lung – Their OCS lung commercial status was on track, according to management on the Q3 call, to convert the majority of their lung trials centers to commercial centers by year-end 2019. Importantly, they’re actively engaged with several strategic commercial initiatives to enable and facilitate broader adoption of the OCS lung technology.

Heart – JPMorgan, in their post-conference note, highlighted that the most notable pipeline update for 2020 is an expected FDA panel for the company’s OCS Heart device in Q1 followed by approval in Q2 and launch in Q3. This will be coupled with ongoing enrollment in the device’s dedicated DCD trial.

Liver – Management indicated on its Q3 earnings call that their OCS Liver PROTECT trial had another quarter of accelerated pace of enrollment. In fact, they’ve successfully enrolled the full 300 patients ahead of plan by at least one quarter. “We are happy to announce that we have successfully completed enrollment of our pivotal OCS liver PROTECT trial ahead of plan. We’re now planning a PMA filing in the first half of 2020, which is ahead of our original assumption, which was in the second half of 2020.”

Then, to continue the clinical momentum and access to their OCS liver technology in the U.S., while the PMA is being finalized and under review, it filed 2 new OCS liver IDEs with the FDA. The first IDE is for their continuous access protocol program for the PROTECT trial. The second is for an OCS liver DCD-focused indication.

Finally, based on the information they had, the company is planning to announce the final results of the OCS Liver PROTECT trial at the American Transplant Congress, or ATC, meeting in May 2020 in Philadelphia. 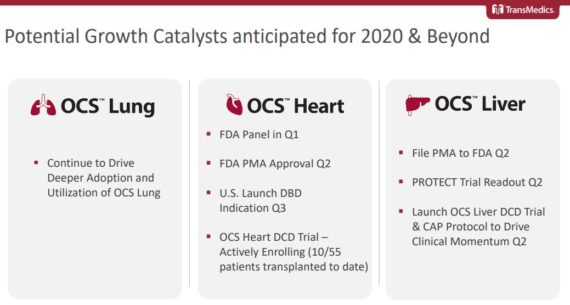 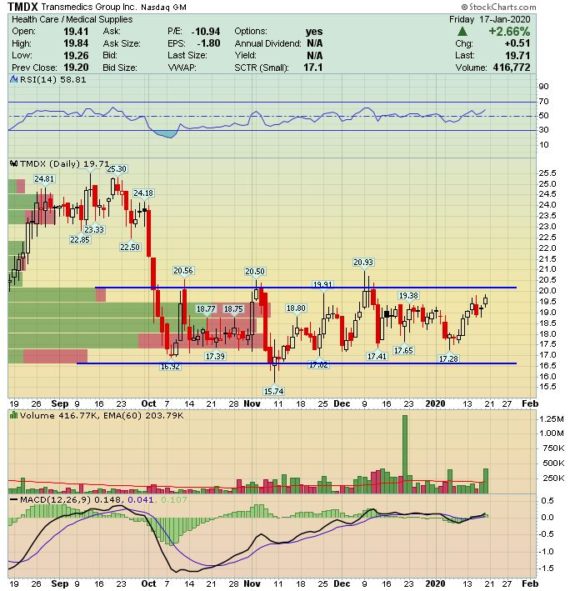