Shorting a leader is not easy but recognizing just when the sector might be entering into correction mode that can create some downside pressure in the short term is just as important. This trade is purely technically driven, though one can easily argue that fundamentally large cap biotech earnings weren’t all that impressive either with many misses (BIIB in particular as an example).

IBB is setting up for a technical breakdown through trend support after making a lower high which now appears to be a Head & Shoulder topping formation. The sector has long been a leader, but if it breaks down here, we believe it goes to $360 first and then $330. That would equate to a 17% correction from its 52-week high with a potential retest of the 200-day moving average. We believe the odds of this dislocation are increasing with today’s sell off. 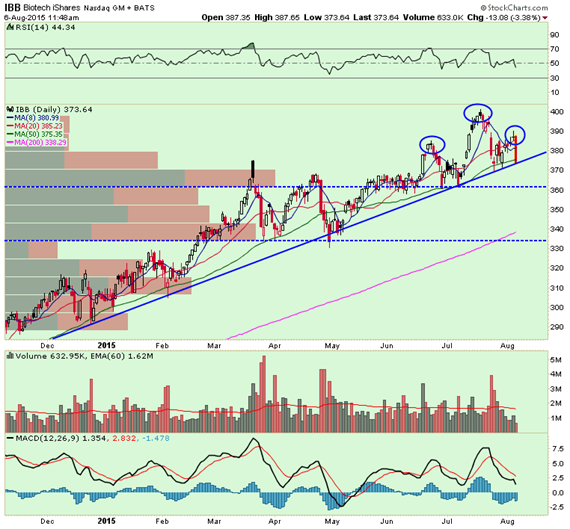