Catalyst 1: Upcoming film releases including Star Wars and The Good Dinosaur. DIS is the only studio with a branded film strategy. Marvel/Pixar/Disney film releases have been performing well. The highly anticipated revival of the LucasFilm label with the next Star Wars trilogy begins on December 18th (FY16) with the release of Star Wars: The Force Awakens. In addition, Disney’s Pixar will release its second Pixar movie of the year, The Good Dinosaur, on November 25th. Disney also has a solid home entertainment slate with the release of Avengers: Age of Ultron, the results of which will be shown in Disney’s FY15, and the upcoming release of Inside Out. 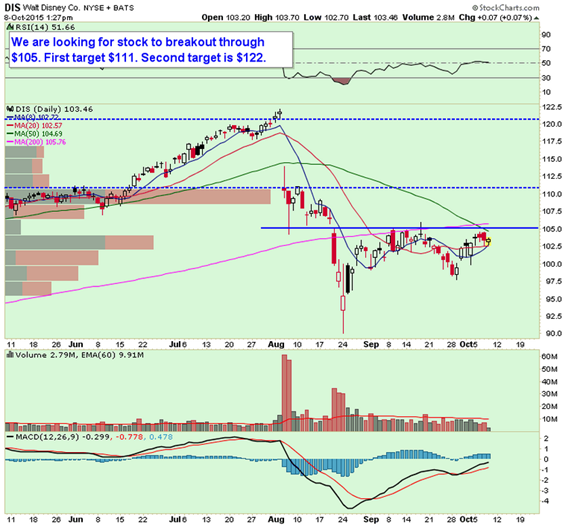