(This MET trade idea was issued on June 29 for $1.40. The diagonal call spread was closed today for $1.95 or 40% gain. This was our second successful round trip with MET in 6 weeks)

On June 5, we presented our bullish case on MET. Subsequently, the stock ripped higher playing out the bullish case we laid out and we closed the trade on June 16 for a nice profit. Today, with the S&P selling off 2% due to concerns around Greece, MetLife is pulling back sharply by 3.15% and we like re-entering the trade and taking advantage of this weakness. We want to be positioned for earnings which is after July expiration, but short term direction may remain choppy at best considering Greece in the headlines. Therefore, we like buying August at the money 55 calls for $2.15 and selling out of money July 56.5 calls for $0.75. Net cost is $1.40 debit. 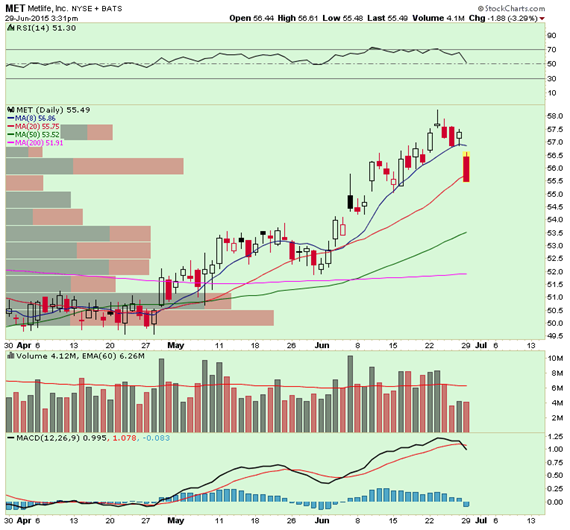