This past Sunday in Weekend Research, two ideas were sent out to Jaguar clients. One of the stocks was the biotech United Therapeutics (UTHR). It was very important to collect all the necessary research because if you didn’t, you would have missed the current battle they have ongoing with Liquidia Technologies (LQDA). As a result, I labeled the write-up with a “Neutral View” due to the wildcard that is the Hatch-Waxman trial.

Ultimately, that was the right call as in yesterday’s session, shares of UTHR got hit after Liquidia announced that the U.S. Patent Trial and Appeal Board (PTAB) ruled in its favor in the Inter Partes Review (IPR) proceeding against Patent 793, owned by United Therapeutics. In its ruling, the PTAB found that, based on the preponderance of the evidence, all the claims of the ’793 patent have been shown to be unpatentable.

Liquidia CEO Roger Jeffs said, “We are very pleased with this decision by the PTAB. Today’s decision is another step down the path towards YUTREPIA’s potential final regulatory approval. We will continue to vigorously defend our right to commercialize YUTREPIA as soon as possible and look forward to hearing the final decision from the district court in the Hatch-Waxman litigation.”

BofA was out with a note saying that following the loss, they see potential negative read-throughs for United on its ongoing HW litigation (bench trial outcome anticipated in August). They note there are a number of open questions, including whether United will appeal the ‘793 IPR decision. However, the outcome of the HW decision (which covers both the ‘793 and ‘066 patents) is arguably in their view more important for United as it could not only allow Liquidia to launch Yutrepia, but potentially allow other generic competitors to enter the space. “And until we get a clearer line of sight into these outcomes, we continue to think the risk/ benefit for United is unfavorable.”

Meanwhile, JPMorgan was out saying that based on their investor conversations, this patent was not viewed as strong to begin with, and they do not think this decision will come as a big surprise. Having said that, this chips away at the upside scenario in which Liquidia may be totally blocked from launching. “We think investors’ base case is that LQDA launches in 4Q but that Yutrepia gains only minority share vs Tyvaso DPI.” 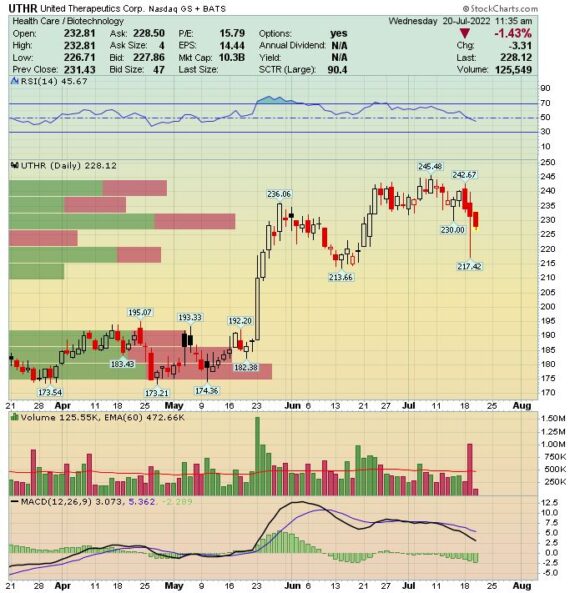