On April 23 the stock jumped after posting solid Q1 and subsequently jumped again after presenting constructive long term outlook at the Analyst Meeting on May 14. The crux of the growth story – Trane is gaining market share. After heavy investment efforts since the last downturn, returns are starting to pay off and Q1 earnings provided clear evidence of this. The organic growth outlook for IR is the highest among large cap peers. Here are comparative figures for major players in Commercial HVAC (from Credit Suisse): Ingersoll – Trane grew organic sales at a high single digit rate in the quarter, against most peers who were flattish, and EMEA sales and orders were up double-digit against a market which at best is growing at low-single digit rate. In US Resi HVAC, Trane no longer lags the peer group. 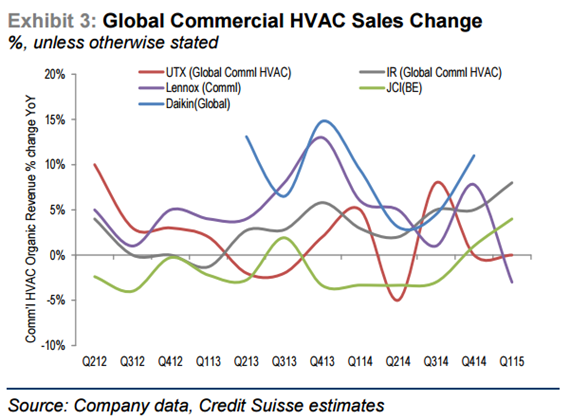 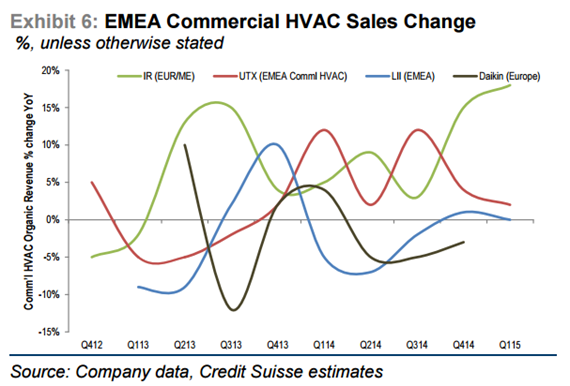 The management held its first Analyst Meeting in 3 years on May 14. Highlights on outlook and our thoughts:

Based on that outlook, consensus sees EPS increasing from $3.79 in FY2015 to $4.43 in FY2016 which spits out forward PE of 15.3x and 16.8% y/y growth. What’s more important about this consensus view is that expectations on the street have not changed for nearly a year despite solid Q1 in April and strong long term outlook with higher EBIT margin guidance at the Analyst Meeting. That creates potential element of upside surprise during the 2nd half of 2015. 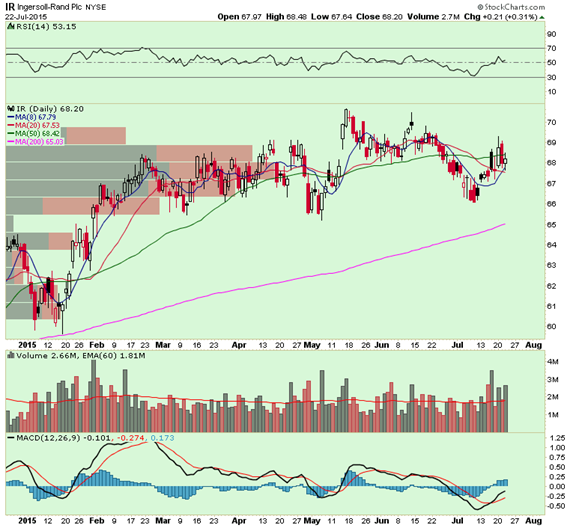