As we continue to go deeper into Q3 earnings season, some of the sharpest earnings downward revisions in past two months are coming out in Ag space. This is primarily due to on-going commodity sell off that is starting to manifest itself in the Ag sector with crop nutrient prices tumbling. Here is what we are seeing on the street from companies that have not yet reported:

Important to keep in mind two things when looking at these earnings cut: 1) similar cuts were observed in POT and BG that already reported and yet they still missed expectations and cut guidance, 2) we are seeing analyst take down notches mostly for Q3 estimates, little bit in Q4 and very little for FY2016. In fact many are looking for growth to return next year. If BG and POT reports are telling us anything, it is that FY2016 estimates are too high and need to come down. Until that happens we don’t see this sector bottoming.

We have been watching the developments closely and it all started off in mid September when Mosaic updated guidance on signaling weaker potash and phosphate volumes and prices to reflect continued sluggishness in Brazilian demand due to credit and currency effects. The company cut 3Q15 volumes at the lower end of the 1.6-2.0 million metric tons guidance range, and prices at the low end of the $260-$280/mt guidance. Other parts of the product spectrum were also lowered sharply. Total FY2015 P&K Volume now stands at 8.4 million mt vs. 9.75 million after Q2 earnings in August.

While Mosaic blamed the shortfall on maintenance downtime at Colonsay Mine, since that guidance cut here are some developments in individual stocks which point to broader slowdown sweeping through the sector while the consensus view is still catching up:

October 7 – HSBC cuts Potash from Buy to Hold while reading the tea leaves that management doesn’t see the rebound any time soon. 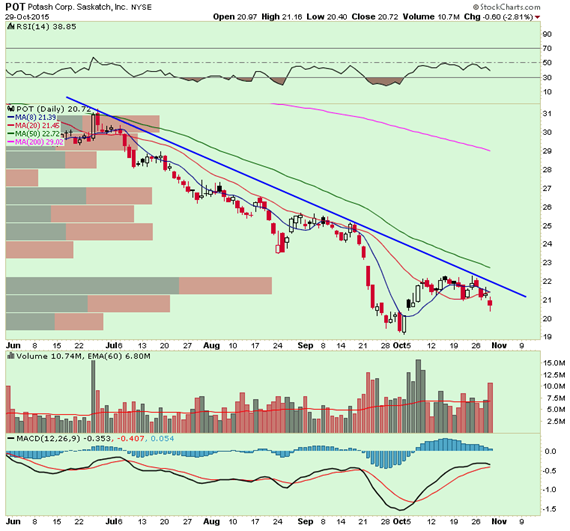 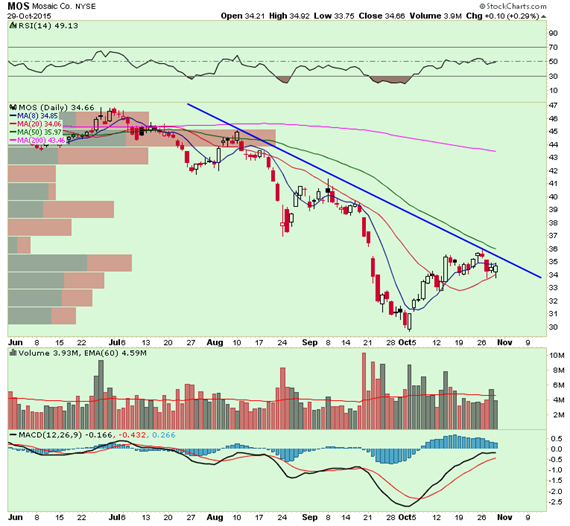 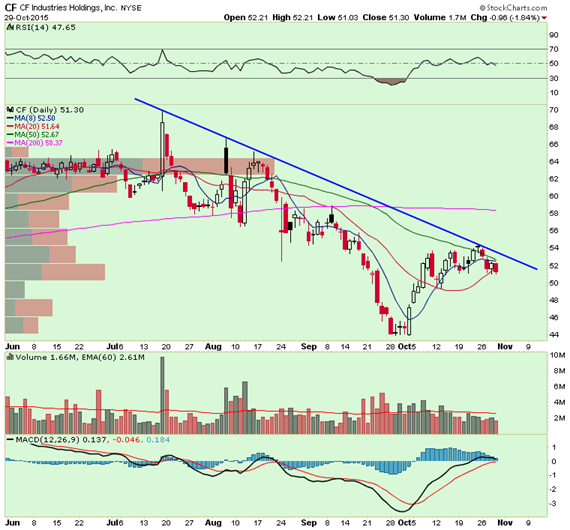 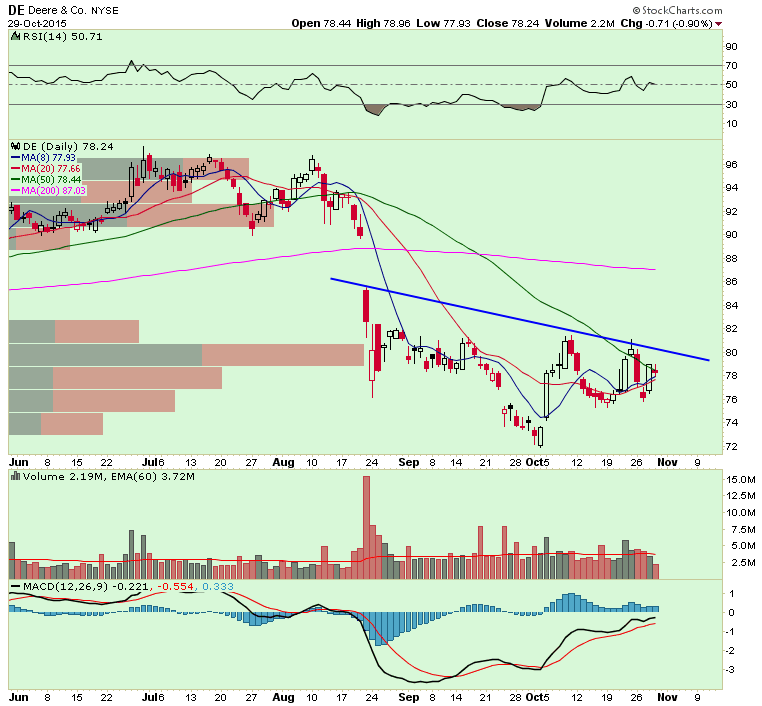 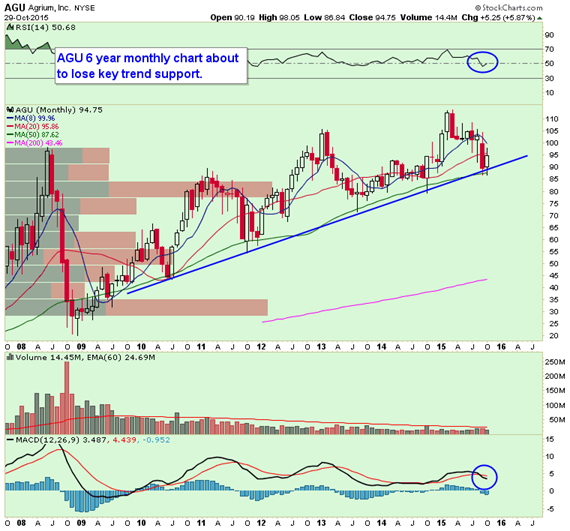