Any positive data at either of these conferences could send the shares higher.

This would be the main catalyst. An approval by the committee could have a massive positive impact on the share price.

At this time, all CGM devices require a confirmation from a finger-stick test for blood-sugar level readings, and DexCom has been trying to gain FDA approval to label the meters for dosing.

-On July 21, 2016, the committee will discuss, make recommendations, and vote on information regarding a premarket approval application panel-track supplement for a proposed change in intended use of Dexcom G5® Mobile Continuous Glucose Monitoring System (CGM) device so that, in addition to tracking and trending interstitial fluid glucose concentrations, patients can use the device as a replacement for their blood glucose meters and make treatment decisions based on the interstitial fluid glucose concentration reported by the CGM.

The company believes there is a good chance the FDA will grant them the right to remove that testing requirement and that, in turn, would clear the way for Medicare reimbursement. This would be a huge win for DexCom, bringing in a large client base that is unable to afford the devices without coverage.

DexCom (DXCM) is a medical device company that focuses on the design, development and commercialization of continuous glucose monitoring systems (CGM) in the United States and internationally. Intended for Type 1 diabetics, their products enable continuous monitoring of blood sugar levels via a tiny flexible probe inserted under the skin, in contact with interstitial fluid concentrations. The sensor sends the data via secured wireless Bluetooth connection from the receiver to a mobile application. The patient also has the option of sharing the data with up to five people, for example parents of diabetic children.

The monitoring system presents users clear, chartable and usable data, as well as variable warning level settings and audible alerts. The DexCom G5 model has been approved by the FDA for use in both adults and children from age of 2. It is also approved for use in Europe.

DexCom and Verily Life Sciences (formerly Google Life Sciences) entered into a collaboration agreement in August 2015  to jointly develop a series of next-generation CMG products. The main intent is, with the help of Google’s extensive technological expertise,  to miniaturize the monitor/sensors into the size of a band-aid and extend the life of the sensor itself from today’s 7 days to 10 or 14. Anticipated development timeline is two to three years. 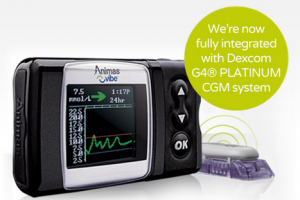 There are approximately 300,000 Type 1 diabetes patients using CMG devices in the USA, 115,000 with DexCom and the balance with Medtronic (MDT). With Medicaid acceptance, better private payer coverage and practitioner awareness, CEO Sayer says  “we’d be very disappointed if we didn’t get to 70% to 80% penetration in the type 1 market for CGM over time”. For DexCom, that would represent over 420,000 patients, calculated from today’s numbers and market share.

Dexcom ultimately hopes their next-generation products could make CGM more user-friendly and less obtrusive, helping to extend the technology beyond  type 1 patients and into type 2 diabetes with over 29 million patients in the USA and nearly 410 million patients worldwide, hospitals, gestational diabetes, and perhaps even prediabetes. 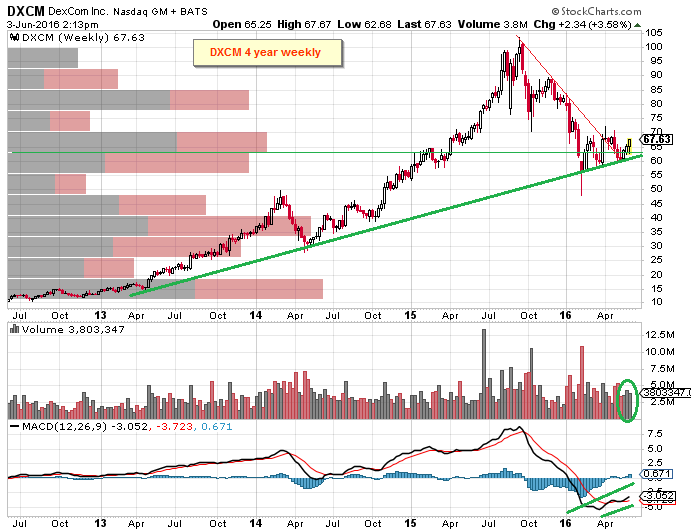