Behind The Numbers – Neogen (NEOG) 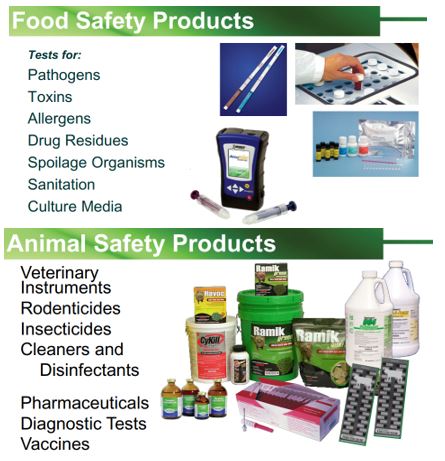 Shares were up over 5% yesterday after the company reported its Q1 earnings in which it beat on both the top and bottom line and gave a slew of product updates:

Food Safety – Management said the revenue gains in the segment were driven by a $2.4M increase in their England based manufacturer of cleaners and disinfectants on sales of hand sanitizer products to the UK National Health Service and a $1.2M increase in sales in China with gains across the product portfolio and particularly in cleaners and disinfectants to combat the African swine fever and COVID-19. At their Brazilian operations, 2021 first quarter sales increased 38% in local currency, and included a large non-recurring insecticide sale to a government health organization in Nicaragua.

Their domestic Food Safety business grew 2% for the quarter and as they discussed on their year-end call there is still significant amount of disruption in the food processing and food production markets, with certain customers serving the grocery markets doing very well, while other customers serving bars, restaurants and other commercial food service are struggling. “But there were areas of growth within the business. We introduced our next generation Soleris system in late July to US markets and hit that strong positive reactions and great initial demand for the system, which is used to detect spoilage organisms such as yeast and mold and processed foods.”

On a worldwide basis, their test to quickly detect environmental Listeria and food processing plant Listeria right now continues to gain acceptance in the market with revenues up 9% in the quarter.

Animal Safety – Growth in this segment was led by a $3M increase in sales of rodenticides resulting from rodent pressures across the US particularly in the Pacific Northwest. Management highlighted that this is a relatively new market to them, but it’s one that they’re pretty excited about and see some long -term growth opportunities in.

Revenues at their Australian operations rose $1.2M on the strength of increases in sheep and cattle genomic testing, and the incremental revenues resulting from their acquisition of Cell BioSciences in March of this year.

Animal Care Products sold out of their Lexington, Kentucky based manufacturing and distributing center, such as vitamin injectables, equine and small animal supplements, wound care and antibiotic products were up 8%. These increases were somewhat offset by a 25% decrease in sales of dairy supplies, which they’ve distributed for a number of years for a large manufacturer of dairy equipment. However, their distribution agreement with that manufacturer ended in June of this year.

Finally, their domestic Cleaner and Disinfecting business benefited from a 31% increase in hand sanitizers and wipes resulting from COVID-19 demand somewhat offset by lower sales of water treatment products.

-Management said on their conference call that another example of an opportunity that was created by the pandemic is sales of their test to detect histamine. “It’s a spoilage indicator in some fish and especially used in tuna. Sales of canned tuna have spiked as consumers have sought less expensive sources of protein to consume at home, and sales of our test kits for histamine increased by 20% compared to the prior year quarter.”

-In July, the company launched its new Soleris next generation product, which is an automatic test system that detects micro-organisms such as yeast and mold in a fraction of the time of traditional test methods. “As Steve mentioned, we’ve had a tremendously positive market reaction to this product launch, especially to the nutraceutical and cosmetic industries. Just last week, we launched an improved test for gluten, which has been one of our major food allergen tests. The improved test rapidly detects gluten in food products, raw ingredients and environmental samples. What that means is companies can now use the same method to test for allergens and food and environmental samples, as opposed to using different methods for different sample types. We believe that this is a major advancement from one of our core product lines. And we’re in the final stages of development for similar improvements to more of our food allergen tests.” In the Q&A session, management mentioned that they are still in a backorder for a few products, but they’ve been able to trim that tremendously. “But we’ve had great demand on our new product launch.” 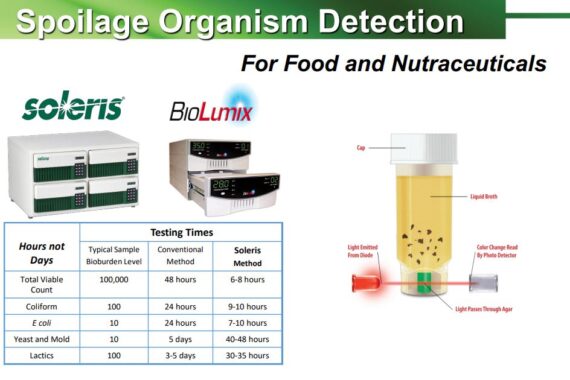 -Lastly, it should be worth mentioning that last week on September 16th, Neogen announced that it has launched an improved test that rapidly detects gluten in food products, raw ingredients, and environmental samples. Neogen’s new Reveal® 3-D for Gluten screens samples at 5 parts per million (ppm) gluten in just 5 minutes. The new test streamlines the testing procedure, simplifying the experience for the user. In addition, Reveal 3-D for Gluten now offers the capability of extracting and testing food product and ingredient samples, in addition to environmental samples and clean-in-place (CIP) rinses. “Our new test for gluten makes it even easier for our food industry customers to test their food products and environment for gluten — and protect their gluten intolerant and allergenic customers,” said John Adent, Neogen’s president and chief executive officer. “Our customers can now use a single test to screen food and environmental samples for the presence of gluten — greatly simplifying that testing. This important new test further enables our customers to use the same easy-to-use testing methodology to test for the allergens of most concern to the food industry.” 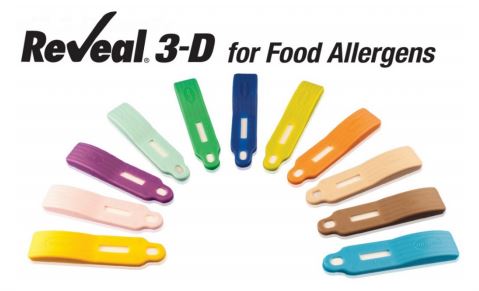 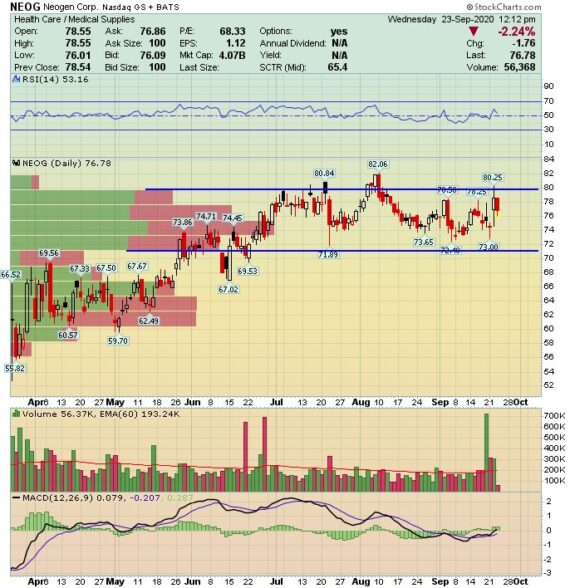