Great Lakes Dredge & Dock (GLDD) is the largest provider of dredging services in the United States. You may be asking yourself, “What exactly is dredging?” Dredging is the removal of sediments and debris from the bottom of lakes, rivers, and harbors. Per the National Oceanic and Atmospheric Administration (NOAA):

“Dredging often is focused on maintaining or increasing the depth of navigation channels, anchorages, or berthing areas to ensure the safe passage of boats and ships. Vessels require a certain amount of water in order to float and not touch bottom. This water depth continues to increase over time as larger and larger ships are deployed. Since massive ships carry the bulk of the goods imported into the country, dredging plays a vital role in the nation’s economy.”

Through its segments, the company provides port expansion and maintenance to allow access to larger, deeper-draft ships, coastal restoration which provides increased protection from storm surges and improves coastal recreation opportunities, coastal protection which mitigates the potential risks of flooding and land erosion, and inland dredging for challenging shallow water environments. It should be noted that back in June 2019, its Environmental & Industrial (E&I) business was sold for $17.5M in cash which then made the company a pure play on the dredging market. 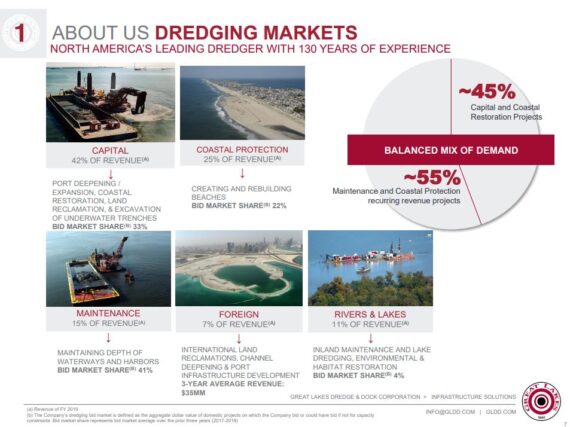 On its Q2 earnings, management would remind investors that the planned dry dockings of certain vessels had an expected impact on second quarter results as the “dry dock pace” was pushed from the first quarter into the second quarter. “During the quarter we had the hopper dredges, Ellis Island and Dodge Island, hopper dredge, Illinois and the mechanical dredge 58 in drydock. We expect the Ellis Island, Dodge and the dredge 58 will all be returning to work in the third quarter and Illinois will follow in the fourth.” 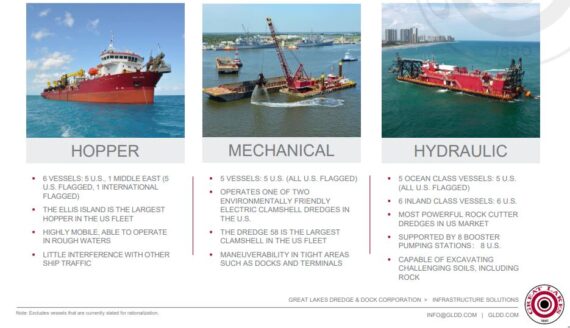 Meanwhile, the effects of the dry docks were offset with better than anticipated productivity on ongoing projects such as the West of Shinnecock inlet project, the Jacksonville deepening project and additional work on the Delaware River Reach B deepening project.

During the second quarter, the domestic bid market came in at $428M of which the company won $92.5M comprised of capital, maintenance and coastal protection projects and subsequent to the quarter end they were awarded $63.2M in project work and an additional $32M in low bids pending awards.

Management also said they’ve seen support for the dredging industry in the CARES Act which includes a provision that lifts caps in the harbor maintenance fund and in the 2021 house appropriation bill introduced in July 2020 which showed an increase of $1.7B above the President’s budget for requests for the U.S. army corps of engineers. In addition, Florida engineers recently signed the chiefs report for the Houston ship channel widening project. This major expansion project will be included in the 2020 legislation which, when passed, will allow the project to proceed to construction.

Noble Capital analyst Poe Fratt was out with a note on October 5th discussing how Q3 awards now total $416.8M with six new awards for $59.8 million at the end of last week.

The scope of work is broad-based and the awarded work includes a total of 21 projects, including six capital awards for $195.1M, eight maintenance awards for $111.0M, and seven coastal protection awards for $110.7M. While awards of $452.5M were announced in Q3, three awards for $35.8M were related to Q2, so the Q3 award figure excludes those awards. Also, the Q3 award number is even higher since there was an unquantified award in July from Bechtel for work on a LNG project. 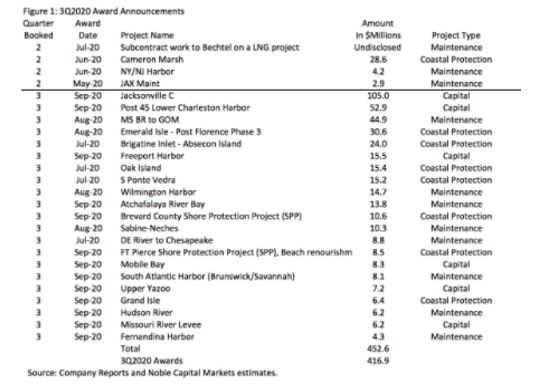 The analyst goes on to say that “the dredging outlook remains solid and we are tracking several other opportunities that are on the near-term horizon. Two large state driven projects, Spanish Pass Ridge and Marsh Creation Project and Lake Borgne Marsh Creation in Louisiana, were approved for funding from the Trustee Implementation Group (TIF) last week, and favorable dredging market comments were made by USACE personnel at the Coastal Protection and Restoration Authority (CPRA) monthly board meeting.”

Specifically, Colonel Stephen Murphy of the New Orleans USACE office discussed the outlook for dredging activity in Southwest Louisiana at the CPRA September Board meeting held last Wednesday and indicated that CPRA board members should expect dredging prices to move higher due to increased dredging activity and more limited dredging equipment availability.

TIF approved a total of $215M for the two projects that will restore more than 4,600 acres of wetlands, coastal, and near shore areas that were damaged as a result of the Deepwater Horizon oil spill. The projects were highlighted as record breaking by Louisiana Governor John Bel Edwards since Spanish Ridge will be the largest project by volume (~16 million cubic yards) and Lake Borgne will be the largest by area (more than 2,800 acres). 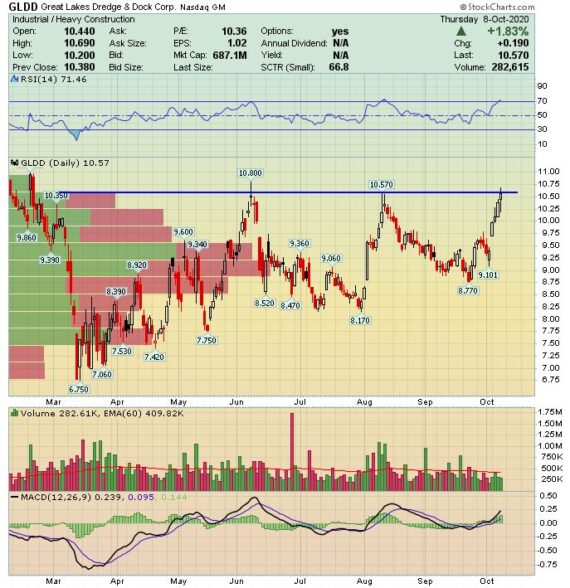