Thoughts on Lululemon (LULU) Before Earnings

LULU will report earnings on Thursday, September 10, before the market opens. Last week on Friday about 20 minutes before the market close there was a large buyer of 4,600 September 11 Weekly 66/71 call spread for $1.98. About $910,000 bullish bet that remains in open interest. The issue, however, in trusting this activity is short float has been climbing steadily from 14.1 million at the end of April to 21.1 million shares as of mid August. The short interest now stands at an 8-month high above 17%. 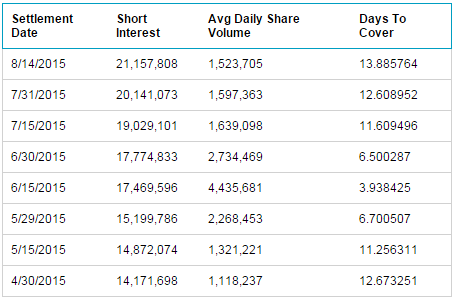 Here is some color from various pieces of research that gets our attention. Sterne Agee on September 3 noted:

“The street is expecting +7.2% SSS growth in 2Q15. According to SportScanInfo (SSI), the women’s active shorts & bottoms category from May-July gained 159bps of share over last year within total athletic apparel as the category’s sales increased 11.2%. Additionally, Lululemon increased the price of many crop bottoms from $72 to $88 or by 22%. There were other price increases as well.”

Can LULU surprise to upside with much better than 7.2% SSS growth given the athletic apparel category increased by 11.2% according to SSI and company raised prices by 22%?

Regarding the guidance, Opco points out LULU has 15% women’s athletic market share and it is #2 behind Nike which has estimated 33% market share. Drivers of growth to further boost this: Women’s pant wall is relaunching in 2H15 and tank wall in Spring’16. But the biggest surprise may come from men’s wear which represents only 14% of total sales and has been management focus of growth in last 2 quarters. Management believes men’s category will grow to $1B in annual sales from $270M currently. In 2013 LULU hired Felix Del Toro (formerly from Calvin Klein and GPS) as SVP of Men’s (a new role for the company) to spearhead design. Men’s category also commands 30% premium over women’s category due to scarcity, hence significantly better margins. Opco believes men’s category eventually could grow to contribute $1.25 to EPS line from $0.30 currently. Then there is Ivivva, the kids category, with 29 stores and 10% of total footprint, which is adding stores aggressively with 20 new store openings scheduled in FY15 and 150 stores long term.

Brings back the main question: Will we see sharp breakout to upside after earnings or that rising short interest is a warning sign? We will find out on Thursday. This is not a trade idea, just our observation. 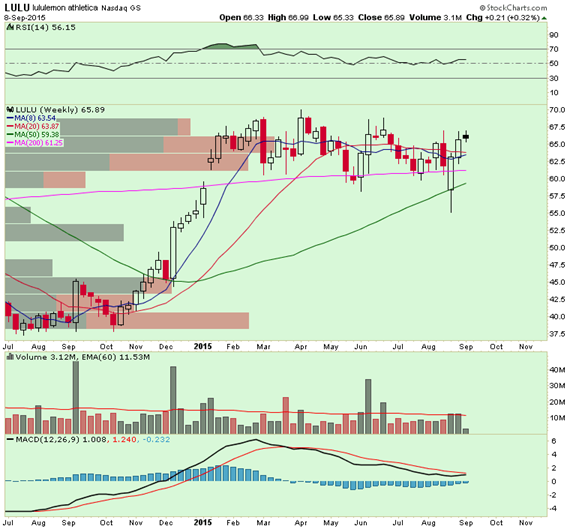