Display Ads are overtaking Search Ads this year, according to eMarketer data from late 2015. Of the more than $61.4 billion that is estimated to be spent on advertising in 2016, 52.3% will be on display ads, commonly known  as banner ads. 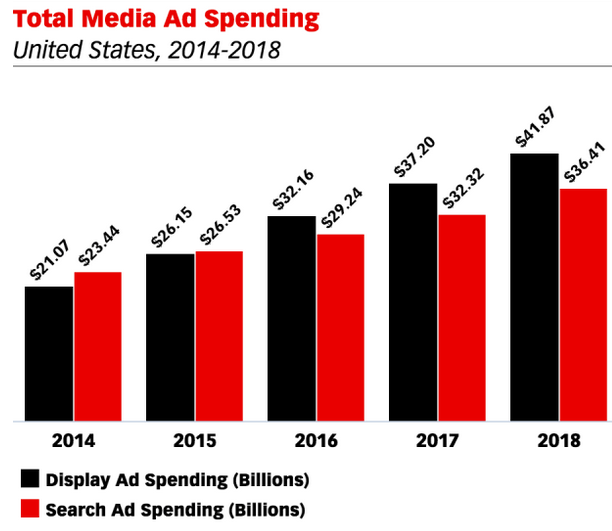 When a search is made using specific wording, for example “Caribbean cruise” on Google, along with the articles returned will appear ads targeted to that query. The consumer has the option to click on any, or none of those ads. The results are based on cookies from the user’s computer as well as location information through ISP; someone searching from their home in Fairbanks won’t be shown ads for travel agencies in Geneva. These search ads are known as “pull” mediums, as the searcher has to do something to trigger the ad.

Display ads in contrast are “push” mediums. They are on the web pages that the person is browsing and, again, appear based on cookies. Unless they are clicked on, they sit silently, merely taking up space.  There are over 47 Billion web pages in cyberspace therefore plenty of space for advertising. Also, a web page can have more than one banner ad, configured in a multitude of sizes and layouts. 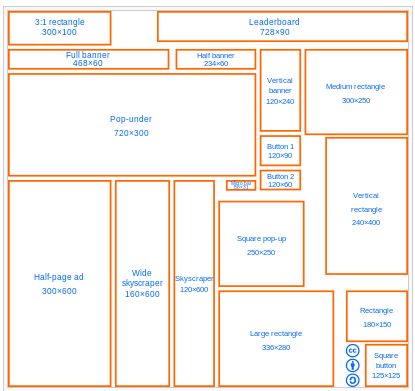 TubeMogul (TUBE) derives its income from two segments that essentially provide the same service: Platform Direct and Platform Services. While the former is automated, the latter is done through customer service representatives. TUBE’s revenue gross margins in Q1 for Direct were 96.9% while Services gross margins posted 48.5%, the large difference due to the self-serve functionality of the platform. Understandably, TUBE is actively encouraging their customers to switch over to Platform Direct.

In February, RBC conducted a survey of more than 1,000 advertising professionals to gauge spend behavior and marketer sentiment towards Social Media & Programmatic Advertising.

The results showed that:

All the data points towards expanded adoption of programmatic advertising and progression from its relatively early stages with planned budget allocation increases.

At its simplest definition, Programmatic Advertising is using software to buy digital ads automatically. There is no human interference, negotiation or order placing, aside from the initial account set-up and any further adjustments.

At the moment it is used mainly for online advertising transactions, with future plans for integration into television. If anything is going to end the countless unwanted diaper and cialis ads, this technology would be it.

Real-time bidding is a type of programmatic buying and refers to the purchase of ads through real-time auctions. With RTB, ad space buyers bid on an impression and, if the bid is won, the buyer’s ad is instantly displayed on the visited website. This action takes place in less than 200 milliseconds, from the time you start loading your web page to the time it is fully displayed, the advertising you’ll see is targeted specifically to you, based on your online data.

Offering a plethora of targeting parameters, TUBE’s platform can narrow an advertiser’s audience from general demographic to specific details. From age range to gender, marital status, number of children and their ages, salary range or ranges, where they live, whether they like to ski ,surf, golf or play video games, what they like to eat and when, what they like to drink with their meals, what….. ok… You get it. The software can help a client narrow this as much or as little as they want to. Instead of aiming at the masses, the focus is those more likely to be interested in the product advertised.

That is a money-saver for the advertiser, and it also greatly increases the likelihood of reaching a potential customer.

It is clear that advertising revenue drove this Quarter’s revenues for both these media giants and let’s not forget that TUBE is partnered with FB.

TUBE has partnership agreements with many companies, the following list is not all-inclusive:

Options chain is not very active, however recently two Bullish transactions were noted:

Price is attempting to stay above the support trendline (in green) and at the same time trying to get above the resistance trendline (in red).  Volume congestion levels are at $11.60 and $15.70.

A Bullish case can be made for TUBE based on this quarter’s improved earnings reports from Google and, more importantly, Facebook. If ad spending trends are indeed increasing and moving over to Real-Time-Bidding, as surveys and studies are suggesting, then TUBE’s business could also see an increase in customer base and revenues. M&A in this space is also very possible and there have been over 30 such acquisitions n the past 18 months.

Q2 Earnings are to be released on August 8th.