Behind The Numbers – OSI Systems (OSIS)

OSI Systems is a designer and manufacturer of specialized electronic systems and components for critical applications in homeland security, healthcare, defense and aerospace. It currently operates under three segments: Security, Healthcare, and Optoelectronics & Manufacturing.

Shares are higher by 6% today after reporting Q1 numbers after the close yesterday:

Security – Revenues increased 11% Y/Y with management noting that some orders that they anticipated in Q1 “have pushed to the right.”

During Q1, management said it continues to support the U.S. government on its initiatives to strengthen Border Security to prevent contraband illegal drugs, and people smuggling entering the country. “A few of our products utilized for these critical efforts are our cargo and vehicle inspection systems, both fixed and mobile X-ray portals, explosive trace detection units for our drug detection, and baggage and parcel inspection X-ray systems.”

They are also nearing the completion of the build out phase for turnkey service projects at the ports in Guatemala and in Asia, and look forward to both becoming operational in the next few months. The Middle East integrated service project continues to make progress. Meanwhile, existing programs in Mexico, Puerto Rico and Albania are continuing to perform well and their check points have resulted in numerous seizures, and interdiction of illegal cargo shipments.

“On the Mexico turnkey program, we are in active discussions with the customer for an extension to the contract, which as you know originally, had a six-year term that started in 2012, and then we received a two year follow in 2018 which ends in January 2020.”

Finally, they announced they had strategic wins at the European airports and Asian airports for their products. “We also have been very successful with air cargo customers that utilize our RTT and BPI systems at various logistic hubs and we see robust growth in this sector globally.”

Of note, they received an order from a government agency to provide multiple units of their PM700 Radiation Monitoring Portal (Shown Below), which is used to screen individuals entering secure locations for radioactive substances. They also received several awards from private and government customers for Rapiscan 600 Series BPI. 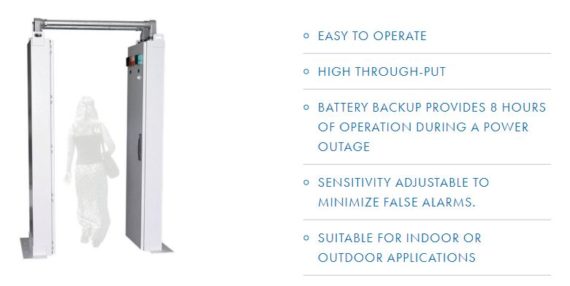 Optoelectronics and Manufacturing – Delivered record Q1 revenues, exhibiting 4% growth over the prior year, with improving margins. The top line was helped slightly with the benefit of a full quarter from the acquisition of an Optoelectronics trust strategic product line completed at the end of July 2018.

Health Care – Q1 sales were up 5% as compared to the first quarter of fiscal 2019 which significantly improved operating income. “Over the past couple of years, we have brought in key talent, made operational improvements and shifted the business focus to the core products of patient monitoring, cardiology and related supplies and accessories.”

Roth Capital out with a post-earnings note saying they remain bullish on OSIS shares given strength in Security revenue and a robust pipeline, noting management cited clear visibility for the segment through 2020. For the quarter, results exceeded estimates driven by continued strength in Security, driven by cargo and RTT equipment. Incremental integrated services contracts are set to ramp in the coming months. The 0.9 book to bill for Security was impacted by some order pushouts in the quarter; otherwise the book to bill would have exceeded 1.0, illustrating sizeable contracts in the pipeline. 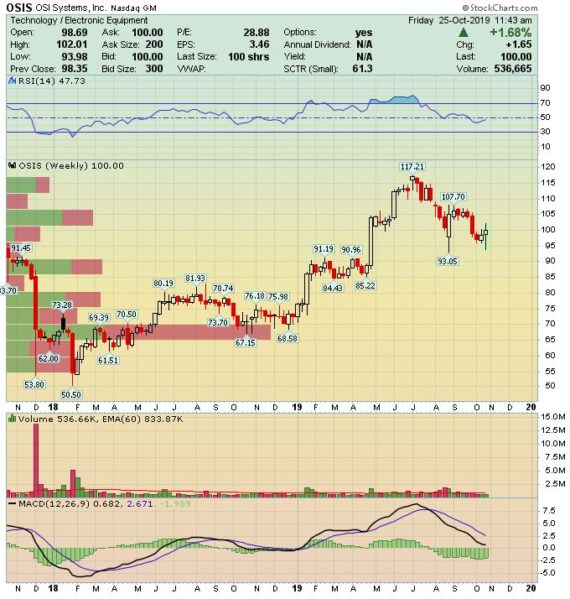