In yesterday’s W/E Research, Garmin (GRMN) was presented with a bullish view after spotting recent app download checks that were positive across all different segments, from Health & Fitness, to Marine, to Hiking. Another area of strength was in the Golf segment, as according to JPMorgan’s research, Garmin Golf app downloads were up 72% M/M in the month of May, but more impressively up ~62% Y/Y. Downloads began to accelerate in March as a beneficiary of the pandemic, and momentum extended well into April with a sharp spike in May as more golf courses opened up. For the first two months of Q2 downloads are up ~35% Y/Y, an impressive performance. 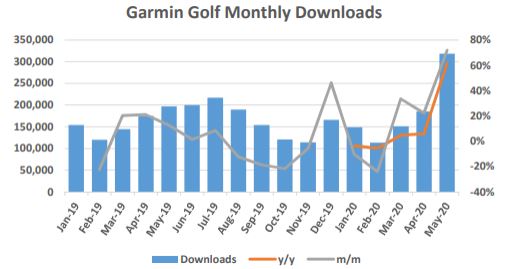 This leads me to a couple of other recent analyst notes that are bullish for the industry. First, last Friday, KeyBanc was out with an industry note highlighting that following significant weakness in April, May saw an improving rate of decline with dollars -26.9%. Improving trends coincide with physical retail reopening following COVID-19 closures. This improved to ~39% in early May and ~85% by the end of the month (See Figure 1). While weakness was seen in both on-course and off-course, KeyBanc was encouraged as channel inventories were down -20.1% and ASP pressures moderated from April (-6.8% vs. -12.7% in April). Lastly, it is important to note that Golf Datatech does not capture ~25% of the remaining hardgood channel spend that they believe likely benefited/outperformed in the May environment, including OEM-specific e-commerce, Dick’s Sporting Goods (DKS) e-commerce, Amazon (AMZN), and big box stores (i.e. Walmart and Target). “Said another way, we believe the “true” May trend for the industry was better than the reported -26.9%.”

KeyBanc analyst Brett Andress would go on to say that they believe retail improved throughout the month of May, likely beginning in the -60% range and exiting in the -5% range. As rounds played remained strong in May and thus far into June (per the NGF), they believe the trend has improved further, supported by recent checks and store visits (See Figure 2). 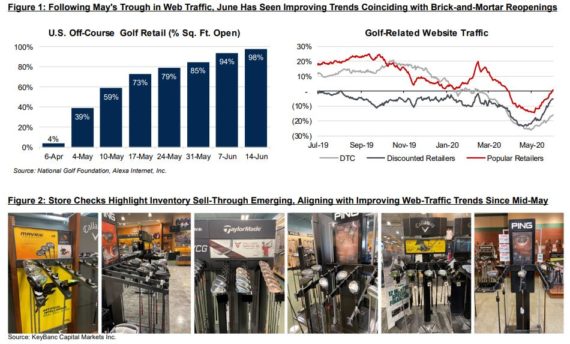 In addition, they called and visited several golf retailers/fitters over the last week, finding an acceleration in store traffic and spend. Inventory appeared light in certain pockets, confirming retailer commentary. Likewise, traffic for club repair and fitting services appears robust, and appointment volume at the fitters we contacted is uncharacteristically high for this point in the golf season.

-(GolfTEC) “We re-opened on May 11th and have been non-stop ever since. We have a couple coaches ramping back up, but 50% of our staff is booked near capacity (on a 90-day schedule), with the total percent booked at ~70%. I would say it’s pretty normal for what we see in a given year. We’ve gotten a decent amount of our current clients back on, but the biggest thing right now is all the new business. There are a ton of new golfers looking for lessons and clubs. Our #1 conversation right now is getting fittings done, everyone wants to buy clubs and they aren’t spending money anywhere else.”

– (Golf Galaxy) “We’ve been slammed. From the second we open in the morning it seems like we always have a line waiting at the register. It’s tough to say how this stacks up to last June because it’s generally a busy time of year, but you can’t tell there’s a global pandemic going on with this level of business.” 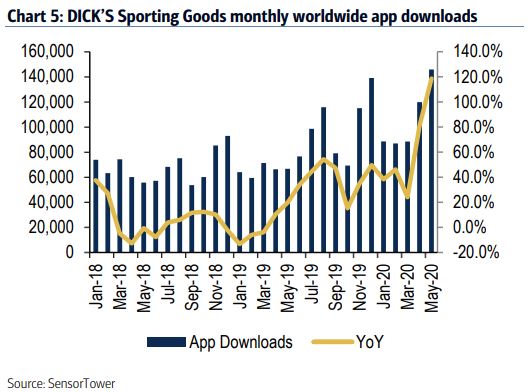 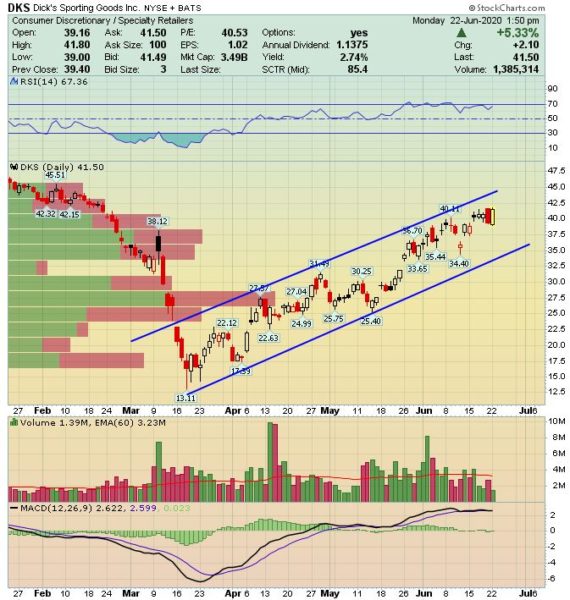 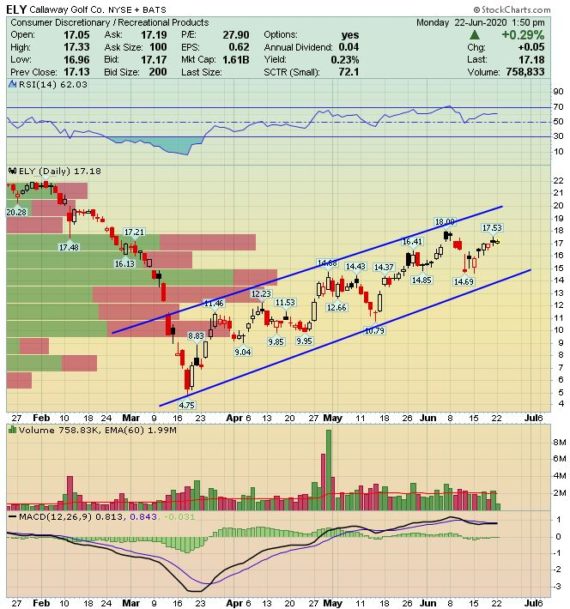