Myomo (MYO) is a wearable medical robotics company that offers improved arm and hand function for those suffering from neurological disorders and upper limb paralysis. The company’s main product, MyoPro, is designed to support the arm of those suffering from stroke, traumatic brain or spinal cord injury, ALS or other neuromuscular disease or injury. The company sells its products to orthotics and prosthetics providers, the Veterans Health Administration, rehabilitation hospitals, and distributors. 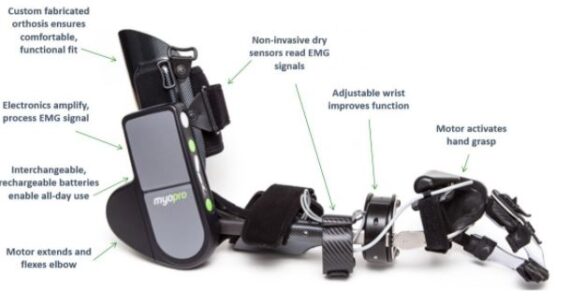 This micro-cap company last reported earnings on November 10th where revenue increased 218% to a record $1.9M vs consensus at $1.2M. Meanwhile, revenue units were up 123% to a record 51 and a sequential increase in average selling price (ASP). Additionally:

-Revenue from its direct billing channel increased more than six-fold and represented 68% of total revenue.

-The reimbursement pipeline had more than 750 MyoPro units as of September 30, 2020, with nearly 230 candidates entering the pipeline during the quarter.

-Insurance companies authorized a record 98 patients to receive a MyoPro during the third quarter.

CEO Paul Gudonis would say, “We achieved record revenue in the third quarter with deliveries of MyoPros authorized for insurance reimbursement at their highest level ever. As COVID-19 restrictions were lifted beginning mid-year, we were able to fit devices on patients while also securing a large number of new authorizations for patients in our pipeline. The shift to direct billing is supporting both revenue growth and margin improvement, while our ongoing digital transformation helped us grow our pipeline and backlog via telehealth and social media marketing. As a result, Myomo entered the fourth quarter with a record backlog of MyoPros to provide to patients and submit to insurers for payment.”

Roth Capital analyst Scott Henry, who upgraded the stock to Buy following these earnings, noted that the company has shipped 67 units that have not yet been booked as revenue. Further, Q3 included about 13 units that were filled and booked in the quarter. This gives a run rate near 80 units, which makes Roth comfortable with their forecast for another record quarter in Q4 at 70 units.

Colliers Securities analyst Kyle Bauser, in his post earnings note, said that 228 candidates entered the reimbursement pipeline in Q3, bringing the total to 756. He also pointed to results from a case study that were published in the Journal of Rehabilitation and Assistive Technologies Engineering, which showed the improvements in motor function when using MyoPro after a traumatic brain injury.

Colliers Securities, on December 18th, met with CEO Paul Gudonis and CFO David Henry where they came away believing shares remain significantly undervalued at 2.2x EV/sales, particularly given its current growth rate of 55%, and the fact that the company’s pipeline and backlog continue to grow from its shift to direct billing. One interesting piece of information was when the analyst stated:

“Upon receipt of HCPCS codes back in January 2019, adoption in the Medicare Advantage channel picked up significantly (within UNH, Humana, Blues, etc.). The VA channel has also remained strong. Since MyoPro is a custom fabricated technology, management continues to lobby CMS to be classified separate from DME rental products (e.g., wheelchairs, oxygen tanks, etc.), and we anticipate an update sometime in 2021. For now, Medicare Advantage, private payers, and the VA will keep the company plenty busy. Since shifting to direct billing efforts (18 months ago), the MyoPro ASP has increased from ~$22K to ~$35K.”

Meanwhile, the company has also recently engaged a new digital marketing consultant that has allowed the company to be more targeted with its patient acquisition campaign. Not only is the pipeline growing, but Colliers believes the quality of the pipeline is also improving, which increases the yield into the backlog.

Finally, keep an eye on this stock next week as it will be presenting at the H.C. Wainwright Virtual BioConnect Conference. 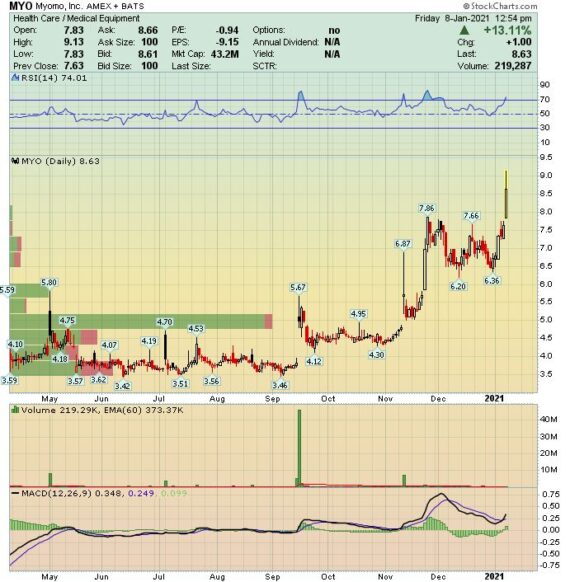